This Saturday at Plymouth’s Riverside Cemetery representatives from the Huron Valley Chapter- Sons of the American Revolution along with members of the Sarah Ann Cochrane Chapter – Daughters of the American Revolution will lay wreaths of boughs of balsam tied with red velveteen bows on the gravesides of our American veterans. The ceremony is open to the public and all are invited to participate. The annual observance is in tune with the national ceremonies as volunteers honor deceased Plymouth veterans.

The synchronized time-honored national tradition will take place at noon on Dec. 18; just as nationwide volunteers from Wreaths Across America place donated wreaths on some 2 million wreaths on the grave sites of military veterans at national and local cemeteries to honor our American heroes.

It’s a tradition that began informally in December 1992 at Arlington National Cemetery when a family who owns a wreath-making business in Maine donated leftover stock to the national cemetery. Since becoming a nonprofit corporation in 2007, Wreaths Across America covers 3,100 burial sites, including 145 of the 154 National Cemeteries.

Funds raised through individuals, corporate sponsors, and groups such as the American Legion posts and Scouting programs. contributed over $24.9 million to Wreaths Across America during fiscal year ending June 30, 2020.

Elijah Shalis, First Vice President of the Huron Valley Chapter Sons of the American Revolution reports they have set a new record this year raising funds for 69 wreaths, 72.5 percent over goal.

The cemetery is located behind the 35th District Court on Plymouth Road west of Haggerty.

Many prominent Plymouth residents and early settlers of the area are buried at Riverside. In 1915 and 1916, several graves were moved from the Old Presbyterian Cemetery on Church Street, where the First Presbyterian Church is today. Some graves were also moved from the small Shearer Cemetery on North Territorial Road. Markers with familiar names like Starkweather, Penniman and Hough can be found on the quiet acreage. 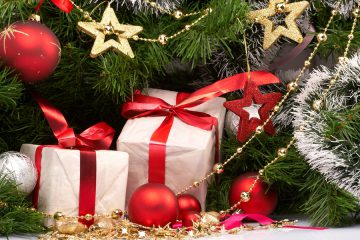