A previous version of this story inadvertently failed to state the quoted comments made by Wayne County Director of Public Services, Beverly Watts, were reported during a broadcast TV interview conducted by WDIV-TV reporter, Shawn Ley, on Feb. 2, not Feb. 16. The Wayne County Road Commission reportedly has been working overtime under a severe handicap due to driver/worker shortages.

Michigan roads are bad enough without having to deal with ice and heavy snow days after a winter storm.

48-hours later many Wayne County roads in Plymouth, Canton and Northville are a still an icy snow-covered slushy dangerous mess.

The storm caused many accidents along area expressways like M-14, I-275, I-94 and on untreated local roads with slick conditions. It’s obvious road crews first focus on salting and plowing expressways and major thoroughfares with the most traffic and follow-up with less-traveled roads. But as of Saturday-two days after the storm dangerous conditions were still causing problems for motorists.

Where has the Wayne County Road Commission crew gone?

In the aftermath of the storm, not a record breaker by any means, area road conditions are poor. Many major roads in Plymouth Township and Canton Township are not yet cleared.

Saturday morning Northville Township Police were forced to close Six Mile Road, east of Northville Road for nearly an hour due to icy conditions and stuck vehicles. After opening the intersection, police reported road conditions were still iced over and dangerous.

After receiving nearly an inch of rain Thursday, temperatures dropped almost 15 degrees in a two-hour period. A break in precipitation ensued between mid-morning and early afternoon, with patchy freezing drizzle and sleet developing mainly south of I-69.

When media and TV stations inquired Wayne County officials before the last big storm they stated they were ready.

“We want everyone to know that we’re ready to tackle the snow that’s coming here now,” said Wayne County Director of Public Services, Beverly Watts during a Feb. 2, 2022  TV interview. WDIV-Local 4 quoted Watts as saying there were 150 trucks at the ready and crews are expected to work 12-16 long hours on the roads with plans to have road crews salt roads before the snow starts accumulating.

According the NWS, rain transitioned to all snow between 2 and 5 p.m. Snow was heaviest between 5 and 11 p.m., with snowfall rates peaking around 1 inch per hour at times,

A Winter Storm Warning and adjacent Winter Weather Advisories were put in effect for this event, which ultimately resulted in 4-6 inches of snowfall along and south of I-69, with locally higher amounts up to 7 inches near metro Detroit. Strong northerly winds produced blowing snow late Thursday, adding the already hazardous travel conditions for drivers. 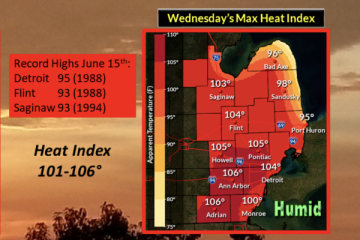 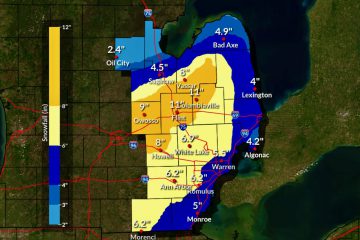 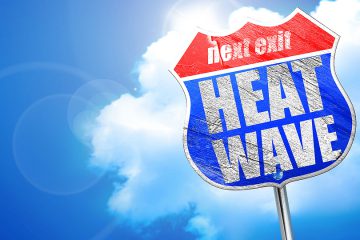