We reflect on Abraham Lincoln and the Gettysburg Address.

On this day, on the afternoon of Nov. 19, 1863, 16th President Abraham Lincoln delivered a speech to dedicate a national military cemetery to the Union soldiers who fell at the Battle of Gettysburg, Pennsylvania four months earlier. His remarks at the Soldiers National Cemetery are today remembered as one of the most important speeches in American History.

In his short 271-word speech, 87-years after the Declaration of Independence, Lincoln invoked the principles of human equality as he addressed the sacrifices of the Civil War soldiers. Gettysburg was the bloodiest battle where in three days over 45,000 men were killed, injured, captured or went missing.

Lincoln’s brilliantly and moving speech reflected his belief that the Civil War was not just a fight to save the Union, but a struggle for freedom and equality for all.

Four score and seven years ago our fathers brought forth on this continent, a new nation, conceived in Liberty, and dedicated to the proposition that all men are created equal.

Now we are engaged in a great civil war, testing whether that nation, or any nation so conceived and so dedicated, can long endure. We are met on a great battle-field of that war. We have come to dedicate a portion of that field, as a final resting place for those who here gave their lives that that nation might live. It is altogether fitting and proper that we should do this.

But, in a larger sense, we can not dedicate—we can not consecrate—we can not hallow—this ground. The brave men, living and dead, who struggled here, have consecrated it, far above our poor power to add or detract. The world will little note, nor long remember what we say here, but it can never forget what they did here. It is for us the living, rather, to be dedicated here to the unfinished work which they who fought here have thus far so nobly advanced. It is rather for us to be here dedicated to the great task remaining before us—that from these honored dead we take increased devotion to that cause for which they gave the last full measure of devotion—that we here highly resolve that these dead shall not have died in vain—that this nation, under God, shall have a new birth of freedom—and that government of the people, by the people, for the people, shall not perish from the earth.

Five versions of Lincoln’s speech exist. This is the version that is inscribed on the South wall of the Lincoln Memorial and kept on view in the Lincoln Bedroom on the second floor of the White House.

American poet and historian, Carl Sandburg, Pulitzer Prize winner for his six-volume definitive biography of Lincoln, had this to say about the beloved President in a 1959 address before a joint session of the U.S. Congress on the 150th anniversary of Lincoln’s birth.

Not often in the story of mankind does a man arrive on earth who is both steel and velvet, who is a hard as rock and soft as drifting fog, who holds in his heart and mind the paradox of terrible storm and peace unspeakable and perfect.  Here and there across centuries come reports of men alleged to have these contrasts, and the incomparable Abraham Lincoln, born 150 years ago this day is an approach if not a perfect realization of this character.

So perhaps we may say that the well-assured and most enduring memorial to Lincoln is invisibly there, today, tomorrow, and for a long time yet to come in the hearts of lovers of liberty, men and women who understand that wherever there is freedom there have been those who fought, toiled, and sacrificed for it. 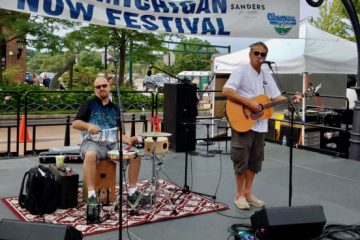 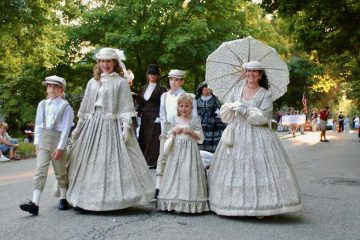