William H. Maybury spearheaded Detroit’s construction of the facility so thousands of TB sufferers could be removed from the city. From 1919 to 1969, the site served as a quarantine and recovery center. Most of the buildings were torn down before the land became Wayne County’s first state park in 1975. Many of Maybury’s paved walking trails are on former walks and roadways, although just four stone and brick doctors’ residences remain, including one that serves as park headquarters.

In 2003 the DNR asked the Northville Community Foundation to take over the operations of the Maybury Farm, which had been closed in 2002. An agreement was reached and the farm reopened in September 2005.

In February 2003, a fire destroyed the main barns, some of the farm’s equipment and killed many of the farm’s animals. A public fundraising campaign led to the rebuilding of the farm including moving 125-year-old barns from a nearby town. The reopened farm provides educational programming, sheep shearing, hayrides, corn maze and other public farming demonstrations.

Those who haven’t purchased a Halloween pumpkin yet can find exactly the right size and shape for a jack’ o lantern at Maybury Farm where the entire pumpkin crop is on sale at half price. The pumpkins, in many sizes, shapes, and some with faces already painted, will be available at half price through Oct. 31.

Proceeds from the sale are used to feed the farm animals during the winter.

The annual corn maze at Maybury Farm is also open. This year, admission includes a trip to the farm to visit with the farm animals including the horses, miniature horses, chickens, roosters, Petey, the Pygmy Goat, Moosetracks the goat, Caramel the cow, sheep, ducks, peacocks, calves, piglets, Percheron horses, llamas and many babies.

The 12-acre corn maze is accessed by a wagon ride. Those who successfully complete the maze by finding the eight hidden animals will be eligible for a Meijer gift certificate.

After completing the maze, visitors will be taken by wagon back to the Welcome Center where cider, donuts, snacks, and a toasty fire await.

Visit the Northville Meijer (Service Center), Community Financial Credit Union, or Tom Holzer Ford in Farmington and receive a coupon for 10 percent off each admission.

All the proceeds from the maze are used to pay winter feed bills for the farm animals.

Wagons to the maze leave one hour prior to closing time through Nov. 3. Group tours for 15 or more are available during the week by reservations, call (248)374-0200.

Maybury Farm is located at 50165 Eight Mile between Beck and Napier (continue 1⁄2 mile past the State Park entrance on the south side of 8 Mile). Parking is free. 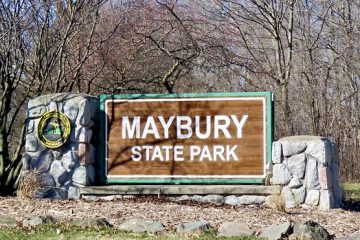 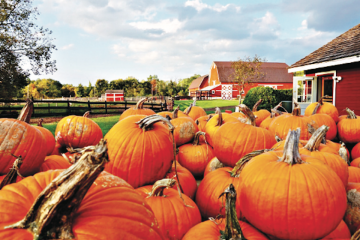