The unusual arrest of a Northville man in 2014 for driving drunk in his own driveway has drawn national attention after a surprising ruling last week by the Michigan Supreme Court.

In this latest decision, judges on the high court have reversed the ruling of the Michigan Court of Appeals and sent the case back down to the lower courts. The case began when Gino Robert Rea, 47-years-old at the time of his arrest in 2014, was charged with operating while intoxicated under MCL 257.625 (1), which reads in part, “A person . . . shall not operate a vehicle upon a highway or other place open to the general public or generally accessible to motor vehicles, including an area designated for the parking of vehicles . . . if the person is operating while intoxicated.”

Police reports and court records show that two Northville police officers found Rea seated in his car, in the driveway next to his house, with the drivers ‘door ajar listening to loud music after a neighbor had objected to the noise and called officers to the scene. The officers instructed Rea to turn down the music.

When the same neighbor called police for the second time with the same complaint about loud music, one officer returned to Rea’s residence, but found no music playing. When the third noise complaint dispatch was issued, Northville Police Ofc. Ken Delano parked on the street near Rea’s home and began walking up his driveway. According to police reports of the incident, the door to the detached garage at Rea’s residence opened and his vehicle backed out for “about 25 feet” before stopping. At that point the car was still in Rea’s side or back yard.

Court records state the officer shined his flashlight to alert Rea that he was in the driveway. Rea stopped his car in the driveway; next to the house then put his car in drive and pulled forward into the garage, bumping into stored items in the back of the garage. Police said Rea smelled of alcohol and his speech was slurred and was arrested for Operating a vehicle While Intoxicated (OWI) after he refused to take field sobriety tests. Rea’s blood alcohol level was later determined to be three times the legal limit.

After his arraignment on the charge, Rea’s attorney moved to quash that information. The lower court granted the motion and dismissed the charge, finding that the upper portion of defendant’s driveway, closest to the garage, was not a place generally accessible to motor vehicles for purposes of criminal liability under MCL 257.625(1).

Prosecutors pursued the charges, taking the matter to the Michigan Court of Appeals.

Last April, Court Justice Elizabeth L. Gleicher wrote in the opinion for a divided three- judge panel of the Michigan Court of Appeals, that since Rea drove but only in this private area after consuming alcohol the “charges were not supportable.”

The Supreme Court jurists dis- agreed, however, and on Monday, July 24, issued an opinion that stated, “The Michigan Court of Appeals erred by affirming the trial court dismissal of the operating a motor vehicle while intoxicated (OWI) charge against defendant, Gino Rea, in violation of MCL 257.625(1).

In an unusual opinion by Justice Richard Bernstein, joined by Chief Justice Steven J. Markman and Justices Brian K. Zahra and Kurtis T. Wilder; the Michigan Supreme Court held that the Northville Police Department could charge Rea with drunken driving, even if his car never left the driveway. Dissenting Justices Bridget McCormack and David Viviano cautioned that the Court went too far to assume that the Michigan Legislature intended to extend the scope of the statute prohibiting OWI to include the private property of individual homeowners.

Bernstein in his opinion summation wrote: “We hold that defendant’s driveway is an area ‘generally accessible to motor vehicles’ for purposes of MCL 257.625(1). Because defendant allegedly operated a motor vehicle in his driveway while intoxicated, the prosecution established probable cause that defendant violated MCL 257.625. “Accordingly, we reverse the judgment of the Court of Appeals, vacate the trial court’s dismissal of the case, and remand to the trial court for further proceedings consistent with this opinion.”

Payouts to past officials questioned 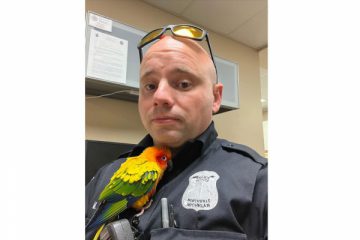 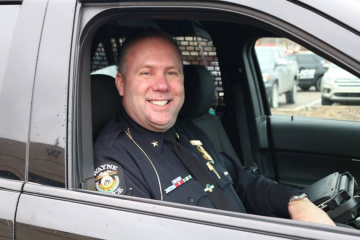