An application for state funding submitted by Plymouth Township in January was riddled with falsehoods and erroneous information.

The application for Economic Vitality Incentive Program (EVIP) funding is administered through the Michigan Department of Treasury and awards funding based on fulfillment of three criteria-Accountability and Transparency, Consolidation of Services and Employee Compensation.

According to the certification required by the state, any applicant applying for Consolidation of Services payment must, among other criteria, make the plan available for public viewing in the clerk’s office on posted on a publicly accessible Internet site. The township application can be found at www.plymoutytwp.org and highlighted the Plymouth Area Recreation Complex (PARC) as a new program under the Consolidation of Services category. According to township records, officials notified the PARC committee on Nov. 27, 2013 that the municipality would not be participating in the feasibility study or the project, contrary to the filing.

After the second visit of PARC representatives to a township trustees meeting Jan. 14, the Nov. 27 decision was confirmed by 5-2 vote of the members of the board. Township Treasurer Ron Edwards spoke heatedly following the request of PARC representatives to join in a feasibility study and reiterated his determination not to participate in the project. Township Clerk Nancy Conzelman also voiced strong objections to the PARC plan. The board members also banned any participation in any joint authority with the City of Plymouth by a 4-3 vote at that meeting. Such an authority is crucial to the funding necessary for the PARC project, according to organizers. The Plymouth Township ban is effective until the end of the current terms of elected office in 2016.

The application for state funding was not due until Feb. 1, 2014, but was filed Jan. 2, “2013,” a date the state has called “a typographical error.” The application states, “Plymouth Arts Recreation Complex-a collaboration of the city, township and school district to repurpose a middle school into a community arts and recreation facility.”

The application lists the start date of the PARC project as October of 2013 and projects a 2015 completion date. Following the November notification of non-participation, some board members were admonished for using their official elected titles on informational materials about the PARC project, according to one township trustee.

The application also cites savings achieved by eliminating the “Township Parks and Recreation Director.” Records show there was no parks and recreation director in the township in 2013.

Township records indicate that the board of trustees approved a budget line item of $100,000 in December to create a new recreation department.

That apparently will not be the case in Plymouth, however, as a state spokesperson said that he was unsure if the penalties would be imposed if the errors were corrected before the actual checks were sent to the municipality.

The application containing the misinformation was signed by Chief Administrative Officer Plymouth Township Supervisor Richard Reaume. The township received $10,584 from the program in 2013, according to township records. 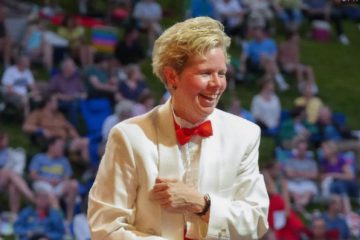