UPDATED – TO INCLUDE AFFIDAVIT – DISCUSSED AT TOWNSHIP BOARD MEETING

The City of Detroit has filed an affidavit reclaiming 190-acres of prison farm property at Five Mile and Beck roads from Plymouth Township.

The township paid $606,150 in 2011 for two parcels of land totaling 323 acres being fore- closed and sold by Wayne County for back taxes. According to the affidavit filed Jan. 9, the 190-acre parcel of the former Detroit House of Corrections property bordered by Napier, Five Mile, Beck and Ridge roads still belonged to the City of Detroit. The two land parcels had not been correctly split and identified as owned separately in the township assessor’s office which caused tax bills for the entire 323 acres to go to a corporation, Demco 54, which owned only 132 acres of the land. When property taxes were not paid on either parcel, the county treasurer offered the entire property for sale for back taxes in September of 2011.

Wayne County relied on the township records for the tax information, resulting in the erroneous tax bills and subsequent foreclosure sale, according to documents from the county treasurer’s office.

In January, the City of Detroit, through attorney Timothy Beckett, issued the Affidavit Affecting Real Property. In the document, the city claims, “the purported foreclosure and conveyance of the publicly-owner property by the Wayne County Treasurer if void. “the document, recorded with Wayne County Registry of Deeds, shows the City of Detroit as the owner of the 190-acre parcel township officials assumed was purchased with a quit-claim deed. No reason for not seeking a warranty deed on the property at the time of the sale was ever offered by township officials.

The legal affidavit filed by Beckett facilitates the return of the 190-acre parcel on the west end of the site, separated by Johnson’s Creek from the 132-acre parcel. In a communication to the Detroit City Council, Beckett noted that the city will now have to pay the back taxes on the property, estimated at about $100,000.

Of the remaining 132 acres Plymouth Township apparently did legitimately purchase from the county, 77 are considered in a flood plain or are wetlands. Therefore, the township paid about $4,590 per acre for the property or about $11,018.18 for each acre of usable land.

Township resident Richard Sharland, whose family has owned property in the area of the disputed land since 1854, notified the City of Detroit about the discrepancies in record keeping last year.

Beckett was assigned by Detroit City Council members to pursue an investigation into the matter and said during one meeting of the Detroit Budget, Audit and Finance Committee, “The way the transaction was handled was not consistent with state law.”

The Wayne County treasurer’s office defended the sale with a written statement, “…all actions taken by the Wayne County Treasurer in the foreclosure process were consistent with the information provided by the communities. Consequently, this matter should be resolved between the municipalities, Detroit and Plymouth Township.”

State law allows options for the true owner of the land in such situations, one of which is the reclaiming of the land and/or financial damages up to double the price of the property.

The entire parcel was on the tax rolls for twice $8 million or a true cash value of $16 million.

To date, Detroit has not exercised that option against the township. 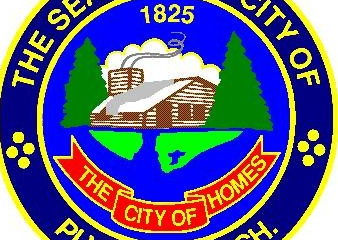