Nobody should be surprised with news about people living longer. The average life expectancy has changed a lot in the past 100 years. Life expectancy at birth has been steadily increasing for many years and has contributed to a rapid increase in the number of very old people. But it’s still a gas when you hear of six vibrant Plymouth Independent Village residents, all centenarians, from age 100 to 103 who celebrated their birthday last week along with staff, residents, friends and family- including the Mayor of Plymouth, Oliver Wolcott.

Here are the honorees:

Evie Venton is Independence Village’s oldest resident at 103 born on July 5, 1918 in Grand Rapids. Vinton married her sweetheart Frank in 1940. Frank was later killed in a plane crash while on a military training mission. Distraught and needing direction she said she joined the U.S. Army feeling it would give her guidance and purpose When she eventually remarried a mutual friend of her late husband, Bob, they adopted two girls and now has many grandchildren and great-grandchildren. Venton still enjoys passing the time writing poetry. 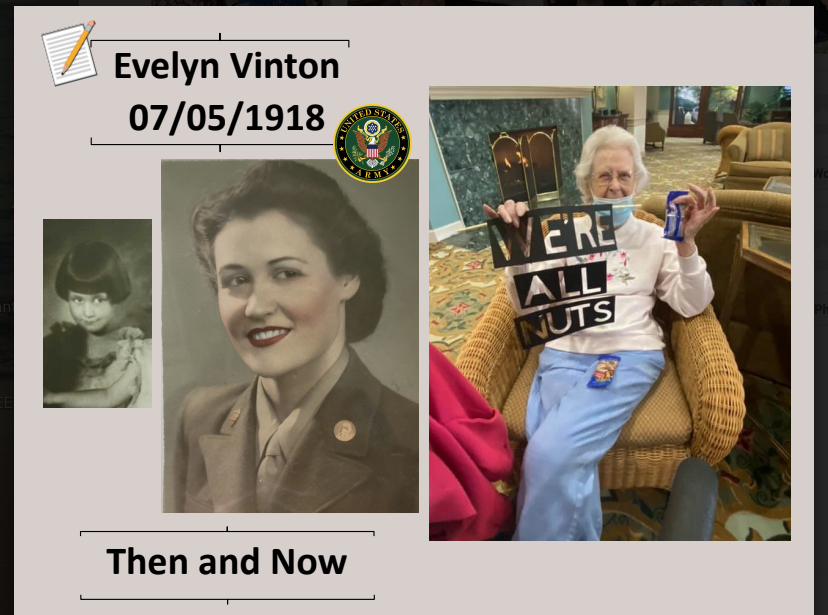 William “Bill” Brown was born in Syracuse, NY on June 13, 1921. Brown who worked as a machinist said he received an eighteen-month delay before entering the US Army Corps of Engineers. In 1946 he returned from the military service and married his wife, Mildred. Using his military experience Brown built and managed a machine shop in Canton. He later went on to get his pilot’s license and flew a twin-engine airplane. Bill and Mildred had three daughters and one son, along with nine grandchildren and twenty-nine great grandchildren, two great-great grandchildren and another one on the way! He now spends his time doing what he loves, building model airplanes, flying them, and flying his real airplane along with his son. When asked about his secret to long life Brown replied, “I’m not telling!” Brown proudly said he still fits into his WWII uniform, so healthy living must be part of the reason. 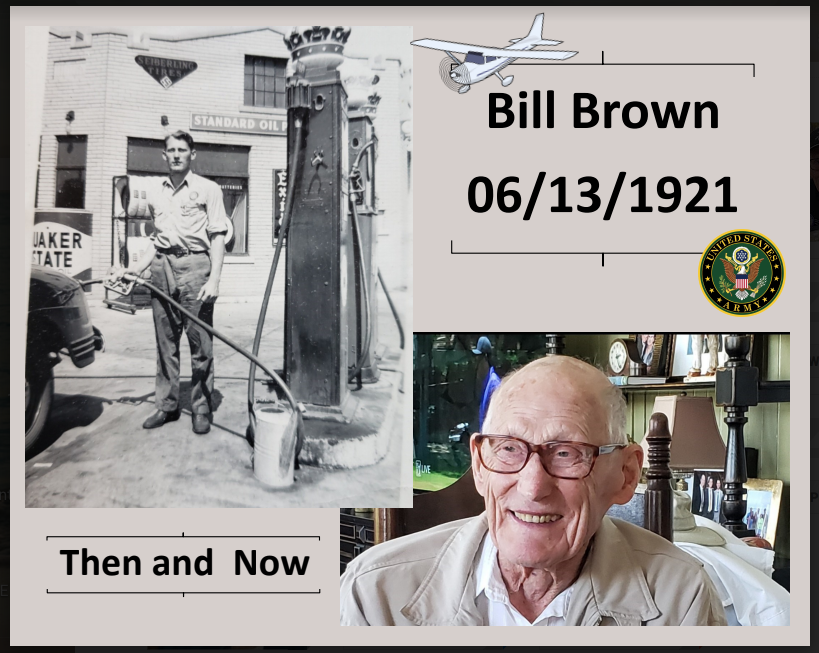 Ten year resident Elaine Anna Mathieu a former physical education teacher was born on July 10, 1921 in Duluth, Minnesota. Mathieu taught physical education and earned her Bachelor of Science Degree from the University of Illinois. She married Robert Galbraith in 1949 and has one son, Matthew, who lives locally with his wife Charlene. She gushes about Charlene claiming is the “best daughter-in-law” ever. Mathieu has one grandchild and one great-grandchild. She says she loves living on “her floor” and thinks the residents on that floor are “amazing.” If you ask what the best thing about living at Independence Village- Plymouth, she will tell you “I don’t have to clean house and I get fed.” Elaine loves all sports and enjoys reading. She loves making people laugh and the staff says you will always find her wearing some shirt with a crazy saying on it to get people smiling When asked about her secret to living a long life is, she replied, “Good nutrition, keep your mind and body active and stay interested in things.” 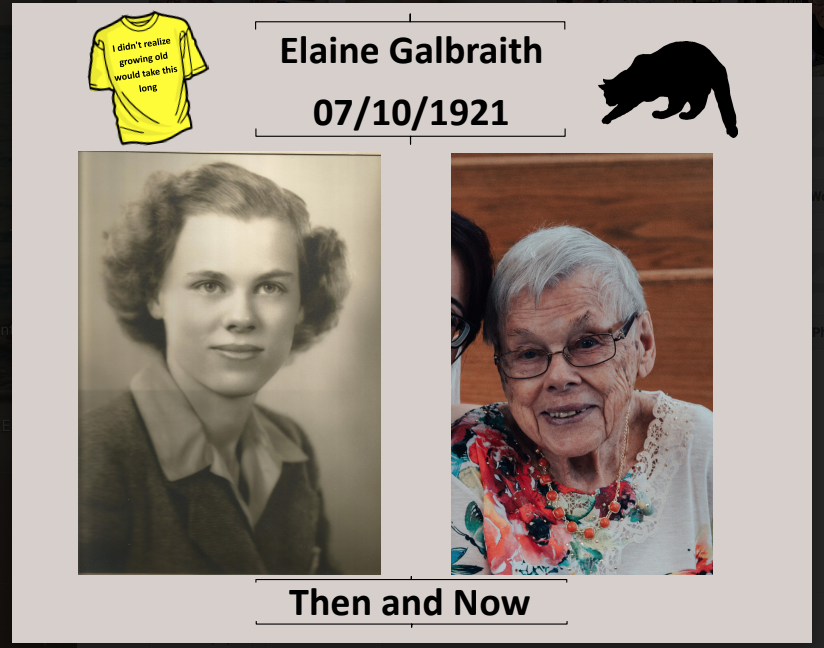 Born August 15, 1921, in Ramallah, Palestine, Jalileh Mansour dedicated her life to her studies and world exploration. She has spent her life single with no children but said she has, “Made more money than all of my family!” Coming from a large family, she has five brothers and four sisters,. Mansour started her studies in Lebanon in math and science, before traveling to places like Jordan, Paris, and South America. Mansour finished her bachelor’s degree in 1956 in Alabama and pursued teaching at middle school. She says her travels have given her the “best experiences” including meeting the King and Queen of Jordan. Later Mansour worked Henry Ford Hospital conducting research retiring in the 1980’s. Her hobbies in include needle work, making pillows, placemats, and tablecloths. A long time former Livonia resident, Mansour says her secret to a long life is staying single and living her most authentic, exciting life. 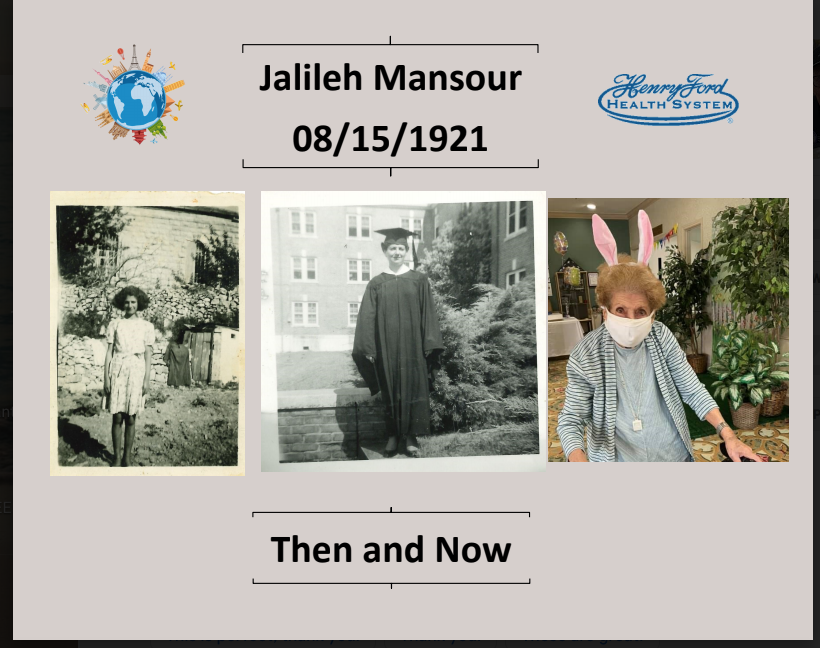 Dorothy Law was born on August 7, 1921 in River Rouge. She was married to her husband, Harold Roy for 50 years and had nine children together and now has six grandchildren.  Her husband was employed as a boilermaker and she a government worker. Playing Bingo, cards, reading and tops her list of hobbies 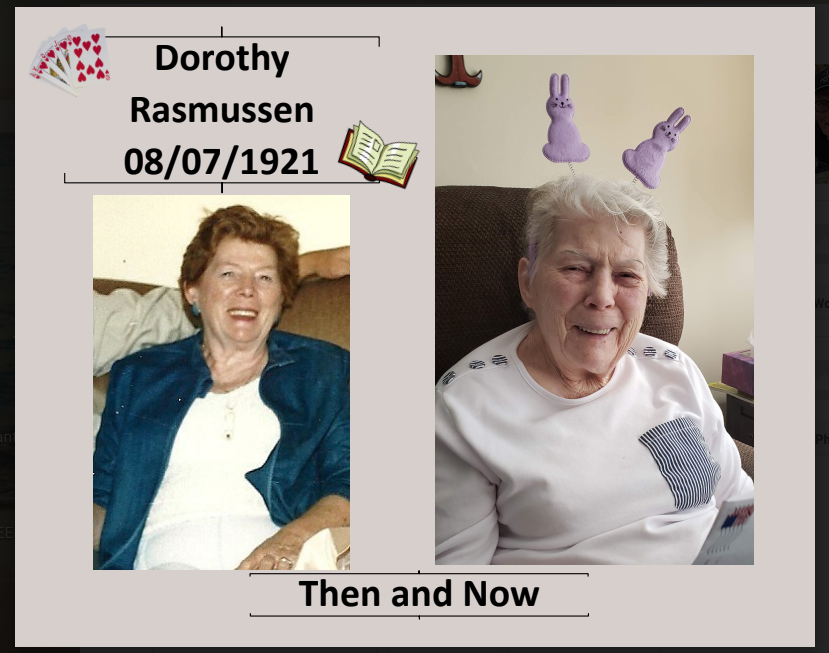 Louis Plant was born in Loiselleville. Ontario on January 7, 1921. Lou and his family moved to the U.S. and in later years he retired as a bookkeeper in Detroit. Plant said he was drafted after the attack on Pearl Harbor in 1942 and chose to enlist in the Navy where he was lead signalman for his ship handling the blinker light and flag hoist. After being discharged, Lou married his wife Rita and they had three children. 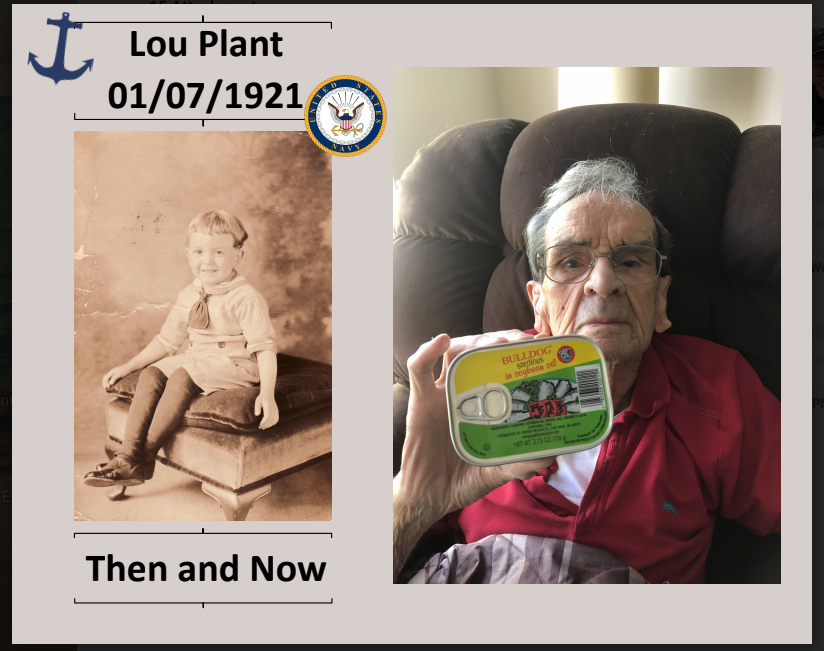 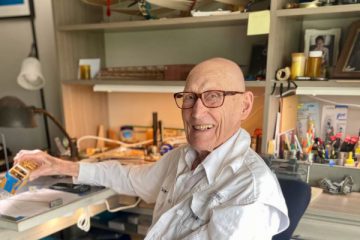 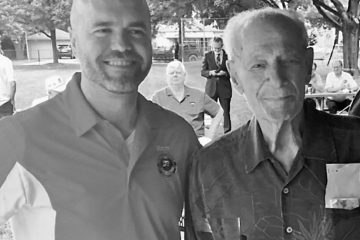