“This lawsuit runs the risk of costing the taxpayers hundreds of thousands of dollars.” 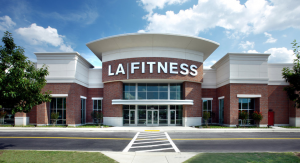 A court hearing scheduled for next month will determine whether Plymouth Township officials have been violating a consent agreement with a local developer for more than a decade and what, if any, the financial consequences should be.

Deborah Whyman, a Canton attorney, spoke to the members of the Plymouth Township Board of Trustees during their regular meeting last week about the upcoming court hearing before Circuit Court Judge Brian Sullivan. Whyman, a member of Citizens for Accountable Government, a watchdog group interested in “government accountability, advocating for the taxpayer and exposing instances of government excess,” told the board members that the lawsuit alleges the township has acted in bad faith and requests financial sanctions.

“Those sanctions will impact the taxpayers,” she said. “This lawsuit runs the risk of costing the taxpayers hundreds of thousands of dollars.”

The legal action was taken on behalf of Plymouth/Haggerty Associates, LLC, the owner of Plymouth Towne Center on Ann Arbor Road, west of Haggerty Road. Current tenants in the development include CVS drug store, Grand Traverse Pie Co., a Leo’s Coney Island and an Xfinity store.

One of the largest tenants in the development was to have been LA Fitness, but 11 years after signing a consent agreement, township officials have failed to approve the LA Fitness plans, according to court filings.

Whyman suggested to the board members during their meeting last week that this was a concern to her group because it appears “a privately-funded fitness facility may be obstructed in order to make way for a taxpayer-funded fitness facility.” That claim is also in court filings prepared by attorney Alan Greene who represents Plymouth Haggerty Associates. In the filings, Greene alleges that his clients assumed the contract with LA Fitness to construct a facility from the previous owner of the development and that the owners have negotiated in good faith with the township, making repeated concessions and amendments to plans.

After plans proceeded at “an inexorably slow pace” an agreed-upon plan was finalized and was supposed to be presented to the township board for final approval in August, 2013, nearly one year after the owner acquired the property. Greene claims his client was repeatedly told the approval would be delayed for “reasons not made clear.” The developer was told the issue would be addressed in September, then October, all the while making concessions and changes to plans as requested by the township.

The legal motion also cites the subsequent effort of a township official to develop a township-owned health club facility. “This may explain the township’s unreasonable delays and demands and then abrupt about-face with respect to approval of an L.A. Fitness health club.”

Whyman, too, cautioned the board and officials, “At the Nov. 12, 2013 board meeting, a member of this board advocated passionately for a township recreation center.”

“We are concerned that the township may be trying to stop private sector entrepreneurs from development a fitness center in favor of a tax-funded fitness center,” she said. “Why risk tax dollars which could be spend on police and fire services with the frivolous pursuit of the public sector fitness center?” Whyman said.

In the court documents, the developer claims $107,000 in professional consulting, engineering, architectural and legal fees pursuing the consent agreement with the township. The developer also claims to have paid $14,000 to the township for “professional review and copying charges.”

The motion asks the court to award the developer, “legal fees and costs for pursuing this motion; actual expenses and costs incurred to pursue the amended and restated consent judgment and the L.A. Fitness project in an amount in excess of $112,000 and such other damages costs and expenses incurred as a result of the township’s unreasonable delays and other actions.

The board did not respond to Whyman but did vote unanimously to follow an undisclosed “suggested legal strategy” regarding the issue during a closed meeting.