“This is something Ron (Edwards) has always wanted, in fact at one time he thought about raising the roof on the clubhouse,” Shannon Price

Last week, a Billy Casper Golf sales team presented the members of the Plymouth Township Board of Trustees forecasts, charts, graphs, weather data and new management ideas in an effort to obtain renewal of a soon-to-expire, five-year management contract at the township golf course.

Hilltop Golf Course, a one-time source of revenue for Plymouth Township, currently shows a $460,000 deficit and has operated at a financial loss for several years. The Billy Casper representatives showed operating deficits for 2013 and 2104 and a break-even financial report for 2015 operations.

The 18-hole, par-70 course located within the 80-acre McClumpha Park has been a long-time bone of contention among residents and trustees, many of whom have questioned the continuance of the money-losing operation with so many privately-owned courses in the area. The township course opened in 1927.

An audit, titled Comprehensive Annual Financial Report, prepared by Plymouth Township Sept. 22, 2015, shows a liability in the amount of $500,000 for the golf course-an amount owed to the township general fund which is explained as, “the long-term advance from the General Fund to the Golf Fund is cover operations and debt payments…”

Billy Casper Golf, LLC, based in Reston, VA, took over the management contract at the golf course in 2011 from competing American Golf Corporation. Casper manages all aspects of the business including property and financial management, marketing, staffing, training and clubhouse operations. When the contract was approved, township officials approved $150,000 to improve the Hilltop facility and attract more business. Since 2011, the course has continued to operate at loss under the Billy Casper management agreement, with the exception of the 2015 report which claims the course “broke even” with the $500,000 subsidy from the general fund.

Many disillusioned golfers, some of whom posted comments about the Hilltop course on golf websites say tee-times are often over-booked.

“By far the worst course I’ve ever been to. I hate any golf course that packs people in for more money,” said one disgruntled player in a post. “The course layout was atrocious, too hilly, tree roots on the cart paths everywhere,” said another.

Trustee Bob Doroshewitz said he felt there were, “Too many holes on too little land.”

Many residents who voiced their concerns said they objected to the townships’ rampant investments for recreation and think the golf course is an unnecessary and poor business investment; none however said they would want the land developed with homes, condominiums or businesses, if the golf course were to be eliminated.

Bednar said the company goal for 2016 is to increase sales growth with the number of rounds, citing that if they can get 28,066 rounds it would produce revenue of $642,000, facilitating another break-even point.

Doroshewitz told Bednar, “Rounds may go up but revenue doesn’t necessarily go up,” and told the sales team he was “pretty disappointed” with their performance, complaining that sales and status reports have been absent for years and phone calls are not returned. Further discussion indicated that Billy Casper LLC had been sending the reports to Township Treasurer Ron Edwards and later to Parks Director Mike Mitchell and neither had shared the information with the trustees.

Trustee Chuck Curmi wanted to know what was on Billy Casper’s list of improvements. Bednar said the improvements would include maintenance to the cart paths or building new cart paths.

Supervisor Shannon Price said that in the review of the golf course operations, officials are also looking into the feasibility of building a new banquet/bar-restaurant facility, “like the one located at Idyl Wyld Golf Course on Five Mile Road in Livonia.”

“This is something Ron (Edwards) has always wanted, in fact at one time he thought about raising the roof on the clubhouse,” Price said later.

Price said the most desirable area for a new facility would be in the triangle, a section bordered by Beck Road to the west, Powell Road (service drive) to the north and Ann Arbor Trail to the south.

Hilltop is exempt from property tax as the land is public. If Hilltop were taxable the added tax burden to the operation could be as much as $40,000 annually according to people familiar with land assessments.

In contrast, just four miles from Hilltop and still within township borders is The Inn at St. John, located at Five Mile and Sheldon Road. That facility pays more than $400,000 annually in real estate tax.

“We’d have a third party developer who’d pay for it…build it and run it,” Price said of the proposed new banquet facility, although he did not identify any interested developer.

Township trustees were expected to vote on the contract with Billy Casper at the last regular meeting. 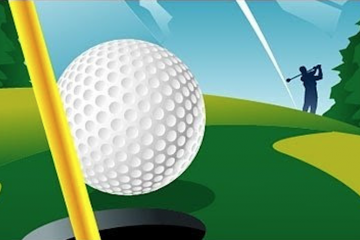 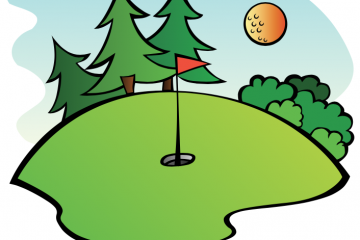