In a complaint filed simultaneously with the consent decree, the United States and the State of Michigan allege several Clean Air Act and State law violations, including exceedance of the Facility’s permitted SO2 emissions limits. This pollutant causes harm to human health and the environment once emitted into the air, including premature death, heart attacks, respiratory problems and adverse environmental effects.

“This settlement benefits public health and the environment by delivering deep cuts in SO2 emissions from the AHE Facility,” said Assistant Attorney General Todd Kim for the Justice Department’s Environment and Natural Resources Division. “The Department of Justice will continue to enforce the Clean Air Act vigorously in cooperation with our state partners.”

“The health of the citizens of the State of Michigan is a top priority of this office,” said Acting U.S. Attorney Saima S. Mohsin. “Successful efforts such as this protect and preserve the environment for current and future generations and demonstrate our ongoing dedication to that goal.”

“Illegal air pollution from landfill gas power plants can harm people’s health and the environment,” said Acting Assistant Administrator Larry Starfield for EPA’s Office of Enforcement and Compliance Assurance. “This settlement is an example of how EPA is working to protect our communities by ensuring that landfill gas is handled in compliance with Clean Air Act requirements.”

“This settlement makes important progress in improving air quality near the AHE Facility,” said Michigan Attorney General Dana Nessel. “My office is also addressing air pollution from the adjacent landfill in the case I filed on behalf of Michigan Department of Environment, Great Lakes, and Energy (EGLE) in 2020 against the landfill owner. Combined, when completed, this work will dramatically improve the impact both facilities have had on the surrounding communities.”

“This agreement better protects nearby residents and the region’s air quality and is a good example of working with our partners to ensure environmental compliance and emissions reductions,” said Director Liesl Clark of EGLE.

The AHE Facility converts landfill gas (LFG), which is generated by decomposition of waste from an adjacent landfill, into electricity by burning it as fuel in four gas turbines. Under the settlement, by March 2023 AHE will either construct a renewable natural gas facility that converts LFG into pipeline quality natural gas and would virtually eliminate SO2 emissions, or install a sulfur treatment system that achieves a 64 percent reduction in SO2 emissions. Either pathway will bring AHE into compliance with the Clean Air Act and mitigate past excess SO2 emissions from the AHE Facility.

Based on an evaluation of the company’s limited ability to pay, AHE also will pay a civil penalty of $750,000, split equally between the United States and the State of Michigan. The proposed decree, lodged in the U.S. District Court for the Eastern District of Michigan, resolves EPA’s and Michigan’s Clean Air Act and State law claims against AHE. The settlement is subject to a 30-day public comment period and final court approval. It will be available for viewing at www.justice.gov/enrd/consent-decrees. 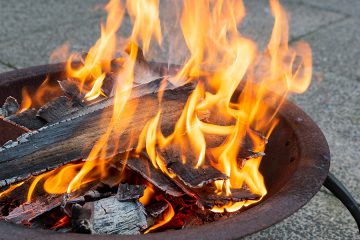 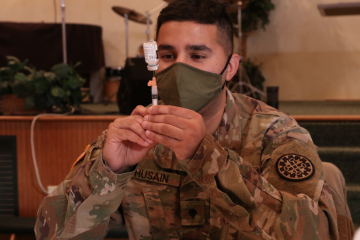