Members of the Plymouth City Commission recently agreed to allow two additional liquor licenses in the downtown area. Currently, the city allows a total of 28 Class C liquor licenses, including 16 in the Downtown Development Authority (DDA) district. The vote increases the number of Class C licenses allowing the sale of liquor by the glass to 18 in the downtown area.

A limit on liquor licenses was originally enacted by former city commissioners in the early 1990s to prevent the city from becoming a “bar town,” according to city officials at the time. Residents expressed concern about the burgeoning opening of multiple restaurants and bars, prompting commissioners to set the cap on liquor licenses.

During the Oct. 17 hearing, owners or operators of several current businesses serving liquor expressed opposition to any increase in licenses. Objections included the impact on scarce parking in the downtown area and the increased competition for business.

Commissioner Kelly O’Donnell supported the increase in licensing noting that the imposed cap allows the city to “limit competition per government regulation.” She said she felt the cap made the city a less attractive place to locate business. She noted, too, that Plymouth is one of only a few municipalities to have a cap on licensing.

Commissioner Alanna Maguire agreed with O’Donnell and also supported the licensing increase. She said the empty buildings in the downtown area should be filled with new businesses who contribute to the economy.

Let’s not spoil our town

It’s only fitting - we wish you a Happy Thanksgiving 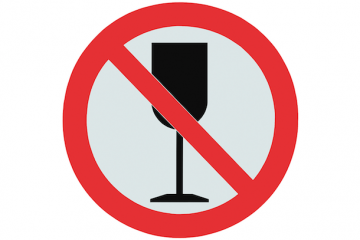