Detroit filed suit against the township and the Wayne County Treasurer on April 5, 2013 and amended their claims April 18.

The legal battle regarding ownership of the former Detroit House of Corrections farmland in Plymouth Township continues to march through the court system.

The township and the City of Detroit have been disputing the ownership of the 190-acre property on Five Mile Road, between Napier and Ridge roads, for more than a year. The property once housed the Detroit House of Corrections prison farm. The land dispute has been in court since the Detroit bankruptcy filing in 2013.

Plymouth Township paid $606,150 in 2011 for two parcels of acreage at a foreclosure sale by the Wayne County treasurer’s office. The land was foreclosed on by the county when the recorded owners, Demco 54, owned by DeMattia Corp., failed to pay taxes on the land.

Richard Sharland, a retired farmer whose township property abuts the land in question, was prompted to question the true ownership of the land when he discovered discrepancies in the payment of rents on the property. Sharland discovered that Demco 54 LLC had purchased one section of the property from the City of Detroit, but the remainder of the land, the 190-acre parcel, was still owned by the City of Detroit. While Demco had purchased an option on the 190 acres in dispute in 2006, that option was never exercised, according to land transaction records. Further investigation proved that the ownership of the land had been improperly recorded in the township offices and that tax bills had not been issued to actual owners of the land. Sharland claims the township combined the parcels improperly for tax purposes, and should have known that the parcels were separate. Township Supervisor Richard Reaume is also the official tax assessor ultimately responsible for accurate property records.

Detroit filed suit against the township and the Wayne County Treasurer on April 5, 2013 and amended their claims April 18.

The Detroit legal filings agree that following the 2006 sale of 133 acres on the eastern-most part of the 323-acre site to Demco 54 LLC, a property transfer affidavit was filed and a property split approved. The Detroit attorneys, however, claim that the recording documents should have indicated Detroit had kept the remaining 190 acres. The filings cite Michigan State Law, specifically from the State Tax Commission,  that forbids the foreclosure of publicly-owned land.

In November 2013 attorneys for the City of Detroit were forced to withdraw their request for a hearing in Wayne County Circuit Court regarding the law- suit filed against Plymouth Township and Wayne County demanding the return of the land. The withdrawal was based on the relationship of Plymouth Township with the law firm Miller-Canfield, the same firm chosen by the City of Detroit officials to represent the municipality in the city bankruptcy filing.

“The case is moving along and is on track,” said attorney John Nader, who is representing Detroit in the matter. “We’re going to unwind this in court.”

The case is in the court of Wayne County Circuit Judge Robert J. Colombo, Jr.

Last Friday a court motion hearing was cancelled after when township attorney Kevin Bennett filed for a delay. Attorneys for both Detroit and the township are each seeking a Summary Disposition in their respective favor and are working to coordinate a hearing date in early 2015 according to informed sources. A Summary Disposition allows parties to a civil action to submit an agreed-upon stipulation of facts to enable the court to render judgment rather than engage in a trial.

The land in question was on the tax rolls valued at more than $15 million several years ago, but that value was decreased markedly by assessors in the years immediately preceding the sale to the township. The prison farm property involved in the Detroit vs. Plymouth Township lawsuit is not part of the 126-acre plot owned by the state east of Ridge; an area littered with abandoned cellblock buildings. The highly-contaminated property, once used as a dump, has been moved by state legislators into the Fast Track Land Bank Authority with hopes the state can find a buyer for clean-up and sale. 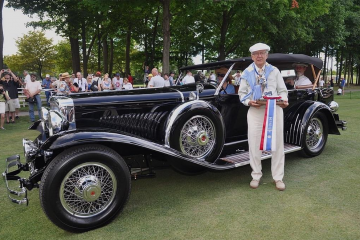