A special ribbon-cutting ceremony is also scheduled to take place promptly at 6:30 p.m. and light refreshments will be available during the event.

The Canton Historical Museum will reopen to the public with a newly-installed exhibition titled, Life Unplugged: Connecting Canton in the Past, featuring communication tools through the ages. Visitors can learn how people communicated in the rural past of Canton any time during regular museum hours, from 1-4 Tuesdays, from 5- 8 p.m. Thursdays and from 10 a.m. until 4 p.m. on Saturdays.

Highlights from the restoration project included renovations to the existing floors, foundation and foundation walls. In addition, all incandescent lighting was converted to energy-saving LED lights.

Canton will host Salute to Soldiers next week

Pair charged in shooting and robbery at senior citizen’s home 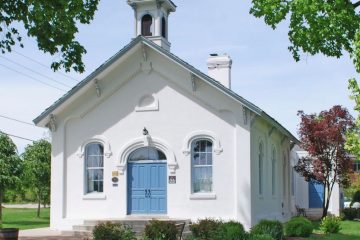