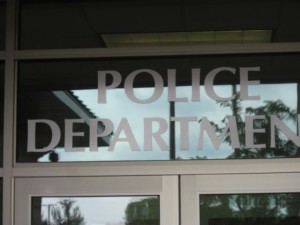 Agents from the Drug Enforcement Agency of the Department of Justice arrived at the Plymouth Township Police Department Monday afternoon to perform a forensic audit of township records, including the accounting for drug forfeiture funds.

Township officials were reportedly notified Aug. 1 that the federal agents would be arriving from the Chicago office to examine the records. One township official who requested anonymity said the audit is expected to take up to two weeks. Municipalities are required to file detailed accountings of drug forfeiture activity with the Department of Justice on an annual basis.

The three DEA agents declined comment upon arrival Monday and went directly to the township police department where they were immediately escorted to the back offices.

This audit of financial reporting follows a ruling by the Michigan State Treasury in 2012 denying Plymouth Township permission to sell or issue municipal bonds, “…the municipality ended its last fiscal year with a deficit in one or more funds and an acceptable deficit elimination plan has not been certified,” according to state records. The state treasury office did grant required permission for the bond sale on Oct. 30, 2012 after the township sent in a reconsideration request and made corrections to the municipal accounting records.

Last year Plymouth Township officials were cited by outside auditors from Plante Moran  for problems with deficiencies in bank reconciliations and the handling of drug forfeiture funds. The auditors described the township procedures as weak and highlighted a discrepancy of $37,606. The file also reportedly contained comments critical of township accounting practices and cited problems with the bank reconciliation process

Plante Moran auditors reported that beginning in 2012 the township began receiving more significant amounts of federal awards through the Federal Equitable Sharing program. After conducting a required financial audit mandated by the Federal Office of Management and Budget in December 2012, Plante Moran reported the deficiencies and described the township record keeping procedures as “materially weak.” The township drug forfeiture fund balance went from $146,000 in 2011 to $1.2 million in 2012.

“We recommend that the Township identify an individual with appropriate federal program skills to oversee compliance with the Federal Equitable Sharing programs…and provide ongoing training for this individual…alternatively, the township could select someone more familiar with the police department operations…” the report stated.

“As these circumstances changed, the township did not institute a system to prevent noncompliance or detect and correct noncompliance…” Plante Moran auditors reported. In January, the application for Economic Vitality Incentive Program (EVIP) funding administered through the Michigan Department of Treasury submitted by Plymouth Township was riddled with falsehoods and erroneous information. Among the incorrect statements on the grant application submitted was the claim that the city and township currently share a fire department which hasn’t been the situation for more than two years. The township also claimed to have eliminated a recreation director in an effort to consolidate expenses. The township did not have such an employee.  Township Supervisor Richard Reaume, who as the chief township official, signed the application, vouching for the accuracy of the statements, said that the application is an ongoing document and that updates to erroneous information are to be expected.

The annual 2013 township audit was due on June 30, 2014, but according to the Michigan Treasury website, has not yet been posted.