“We are one community.” Don Soenen, PARC Committee spokesperson.

The plan to convert the current Central Middle School property in downtown Plymouth to an entertainment and recreation complex met with strong resistance at the Plymouth Township Board of Trustees meeting last week.

Soenen reiterated plans first announced at a public meeting hosted by PARC two weeks ago. He said that the plan met with considerable public support and estimated the price at about $25 million, including $2.5 million for the purchase of the land from the Plymouth-Canton Community School District.

Soenen told the board members that the project would entail 24 months of planning, possibly leading to a 2015 ballot proposal for a property tax to support the facility. 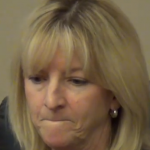 Township Clerk Nancy Conzelman was the first to criticize the concept Soenen presented.

“If this site was not available (Central Middle School) would you still pursue this project?” she asked. She demanded to know why a location in the township had not been considered. Soenen responded that the group could “look at any alternative proposal.”

That alternative came almost immediately from Township Treasurer Ron Edwards who announced, to the apparent surprise of the other officials, that a feasibility study regarding a new township recreation study was already in the planning stages. Edwards made the announcement while discussing the 2014 township budget. He said that he had earmarked $50,000 for “a study, a survey, to see what the residents of Plymouth Township want” in a new recreation complex.

While showing a video slide with a $50,000 entry highlighted, Edwards displayed aerial photos of a property in California, where he said a similar recreation project to the one he was proposing was successfully implemented. He praised the benefits of his idea which include a 30 acre site with baseball diamonds and football/soccer fields convertible to skating rinks. He said the project could be funded with a 2-mill tax increase on property owners.

“The average cost would be about $250 a year for each resident,” he said.

“I think we need our own facility. We’ve talked about it for years,” Edwards announced.

Trustee Bob Doroshewitz, a member of the PARC committee, expressed his surprise at the proposal and a heated discussion ensued. Doroshewitz questioned the other board members about their prior knowledge of Edwards’ plan and all claimed to have heard the plan for the first time at the meeting.

When Doroshewitz questioned Edwards’ motives for not agreeing to consider Soenen’s plan, Edwards shouted, “He wasn’t going to do it in Plymouth Township.”

In a later interview, Soenen said, “I’m disappointed with the lack of support I received from the board. I’ve not had a single negative comment from any resident. This is not a city versus township thing.”