New Plymouth Township Supervisor Shannon Price has responded quickly to the concerns of some residents with property bordering McClumpha Park.

The neighboring property owners, many with several years construction experience, expressed concern regarding the quality of material and workmanship at the all-weather pavilion currently being constructed in the park.

The residents questioned the concrete foundation installed by the second-lowest bidder on the project, Acme Enterprises of Roseville. The pavilion project was a hotly-contested issue prompting severe criticism and unfavorable citizen comment during meetings of the board of trustees prior to approval by the trustees. Citizens questioned and protested the expense of the pavilion which is part of a $1.5 million recreation plan approved by the township board.

Last week, observers discovered that the interior floor of the main plaza of the pavilion had been demolished and large broken concrete slabs stacked at the edge of the structure. They say a glycol generator system with strips of tubing that has been covered with tarpaulins has been placed inside to heat the exposed soil. Residents surmised that the cement was poured this winter when frost covered the ground. The cold temperature created an adverse factor, they said, requiring the breaking up and re-pouring of the concrete. Neighbors speculated that the reason for the inadvisable installation during cold weather may have been an effort to expedite the completion of the structure in time for the July 4 Township Picnic.

Price said in a telephone interview last week, that there was a serious problem with the floor in the $750,000 plus structure.

Price said he appreciated the citizens’ concern and blamed the failure on the general contractor who he claimed, “cut corners.” Price claimed the floor was poured last fall rather than in the winter and the builder changed the specifications of the concrete thickness from 4 inches to 2 inches and immediately covered it with plastic wrap. He said the contractor is re-pouring the floor to meet the original specifications at no additional cost to the township.

“Little League is starting soon and we have to make the area safe,” said Price. “We don’t always do a good job of informing people.” Price said he expects the pavilion construction will be complete by mid May.

Architect-designer firm D.S. Wright and Associates of Plymouth requested bids for construction in July 2014. The planned structure grew from a basic picnic pavilion to a sprawling facility, increasing costs by 750 percent since the project was originally approved by members of the Plymouth Township Board of Trustees. When complete, it will be a 4,500 square foot, one-story structure with a walk-out basement. It will include restrooms, a warming center and a kitchen area with a sink and refrigerator. The $21,820 snow making cannon that is to be installed near the structure arrived in the township last week. Industrial electric and plumbing capacity installations are required to operate the snow machines.

Township Treasurer Ron Edwards is acting as construction manager and was the originator of the project. 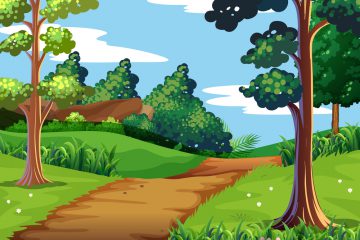