Bridge Michigan reported that for the third time in just over five years, the Michigan legislature has found millions of dollars in big spending bills to aid a private development with ties to former state GOP chairman and prominent Republican donor Robert Schostak.

Part of the state’s $76.9 billion budget, recently approved overwhelmingly by the legislature, includes a $15-million grant for “water treatment” in Salem Township in Washtenaw County.

The money is earmarked to aid the Salem Springs residential development along M-14 put together by Schostak Brothers & Co. Inc., a national real-estate firm based in Livonia in which Robert Schostak is a director.

“Last-minute, secretive spending sprees approved with no ties to particular lawmakers restrains voters’ ability to make the most informed decisions about whom to vote for to represent us”

The Michigan legislature approved almost $850 million for new corporate handout deals last week. Research shows that these types of subsidies are ineffective and expensive, but there was a silver lining. It was an appropriation made in a very public way and thanks to a law that demands modestly more transparency and accountability than past business subsidy dealings.

If only all of the state’s spending were so transparent and accountable! This year’s budget contains a staggering $1 billion worth of “one-time” appropriations, including $205 million in “enhancement” grants. This type of spending is often requested by lawmakers to demonstrate to their constituencies their effectiveness in advocating on their behalf. Even worse, this spending is often made public only at the end of the budgeting process, when it is too late for the public to squawk about it. Magnifying the problem is the fact that no specific lawmaker’s name is attached to requests for these dollars, making it difficult to hold politicians accountable.

The Mackinac Center has highlighted and criticized these grants in the past. The Michigan Senior Olympics is just one example. This “one-time” grant was appropriated several times to underwrite athletic competitions in Southeast Michigan for people over the age of 50. The MSO received multiple grants, which emerged during conference committee hearings. These conferences happen when the house and senate appoint members to negotiate differences in the budgets on which they have already voted. In other words, they’re not part of a public debate. This author tried repeatedly to find which lawmaker requested such funding with calls to the state budget office, the legislature and the governor’s office in 2014, but was stymied at every turn.

The private, for-profit Michigan International Speedway has also been a direct beneficiary of multiple one-time grants to underwrite traffic control at their events. The system of secretive grant making has likewise been used to underwrite such things as a birthing barn in Sanilac County, a farmer’s market in Muskegon, an education center in Monroe that commemorates a battle from the war of 1812, an arts center in Dearborn and a Detroit museum. None of these projects were attributed to particular lawmakers. The list of pork projects goes on.

The Detroit News’s Chad Livengood drew attention to the most recent enhancement grant list in his opinion piece, “Michigan Legislature Needs 5-day Notice for Pet Projects, Not 5 Hours.” Livengood writes, “Michigan’s Legislature has no system for disclosing — before a spending bill is sent to the governor — the name of the senator or representative who requested an earmark, much less a discernible way for the public to easily see who’s the recipient of taxpayer cash.” He points to congressional transparency rules as one possible solution. Texas may also provide a reasonable alternative.

The Texas legislature holds itself to higher standards than Michigan. The conference committee on the general appropriations bill must meet publicly to adopt a final budget. Members and the public may review side-by-side explanations of all appropriations and language that has been changed between adopted versions. After conference committees work out appropriation differences, the new version is not eligible for a floor vote until 48 hours after it has been printed and distributed to all members of the legislature. And budget items that were added during conference or do not match the spending level adopted by either chamber must be split out into a separate resolution that must be approved by legislators on a recorded vote before they can vote on the actual budget agreement.

An additional option for the legislature is to adopt the Mackinac Center’s Sustainable Michigan Budget idea into statute. This proposal limits annual spending increases from state resources to inflation plus population changes. As an example, if each of these metrics goes up 1% then state spending could only increase by 2%. The rest could be returned to taxpayers. The Texas legislature has worked to limit their spending in the same way and has returned billions to taxpayers as a result.

This will provide an additional constraint on pork barrel projects by forcing lawmakers to choose between true public goods and items like the Edsel Ford House, a few specific theaters and museums as well as boxing and curling clubs.

There are readily available tempering policies that can, and should, be adopted to protect Michigan taxpayers.

Whether state spending grants end up in the hands of a favored private company or a non-profit, Michigan taxpayers deserve more transparency. Last-minute, secretive spending sprees approved with no ties to particular lawmakers restrains voters’ ability to make the most informed decisions about whom to vote for to represent us. We are all poorer as a result.

Michael LaFaive is the senior director of the Morey Fiscal Policy Initiative for the Mackinac Center for Public Policy. 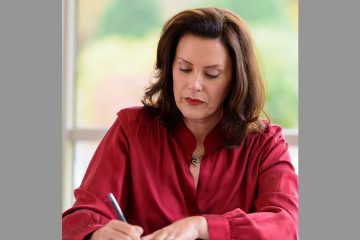 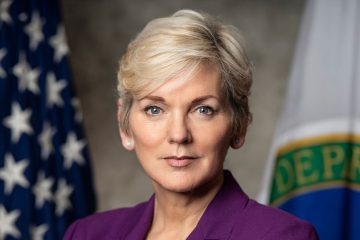