He’s been through the good times and some bad ones during his 27 years in government, and he is leaving his home town of Canton Township in some of the best of times.

Retiring Canton Township Supervisor Phil LaJoy presented his final State of the Township address to a packed crowd at the Village Theater last week, praising the officials he has worked with for their cooperation in bringing Canton out of the national recession into prosperity.

LaJoy said it took a team effort in every department to maintain township services in the wake of the recession which brought home foreclosures and the subsequent losses in tax revenue to the community when he first became supervisor in 2009. He credited employee concessions, spending cuts and voter approval of two tax increases to fund public safety for helping Canton “not just survive, but thrive.”

For his final message, LaJoy opted for a pre-recorded address, shown on a large screen, as he said he felt the emotions that surround his decision to retire would have impacted his message. The speech was delivered as part of the Canton Chamber of Commerce lunch- eon with more than 170 in attendance. LaJoy served for 13 years as a Canton Township trustee, for six years in Lansing as a state representative and eight years as supervisor of the township. He told the crowd that he was happy to report that the state of the township was “excellent” and that Canton “remains the safe, vibrant community we all know and love.” LaJoy said Canton has decreased the unfunded legacy costs in the township by $17 mil- lion by increasing employee cost sharing in health care and moving to a self-insurance program.

He noted that refinanced debt will save the township about $200,000 during the next five years. He mentioned the road projects in the township and said that Lotz Road will be paved between Ford and Cherry Hill this year.

He told the audience that more than 1,300 new homes will be started in Canton during the next two years and that commercial and retail growth continues with several new businesses including a Fresh Thyme Market, Chipotle, T.J. Maxx, Tom+Chee and Panda Express, along with the Busch’s Market expected to open this fall.

LaJoy said that homes are now safer in Canton with the new rental ordinance which has already been used on 900 single- family homes and 800 apartments.

He added that the crime rate in the township fell 17 percent from 2014-2015 for felonies and said the public safety department is now focused on a new closer relationship with the community the officers serve. The Summit on the Park makeover and the development of Patriot Park will benefit the community, he said, while the arts continue to flourish in the township. He said the plans for the new artist studios and an art program for veterans is under way at the former Ford factory site in Cherry Hill Village under the auspices of the partnership for the Arts and Humanities.

His remarks were met with loud applause and appreciation from the crowd including town- ship officials and his family.

LaJoy, obviously moved, said previously that his retirement plans include more family time with his wife and four grandchildren. 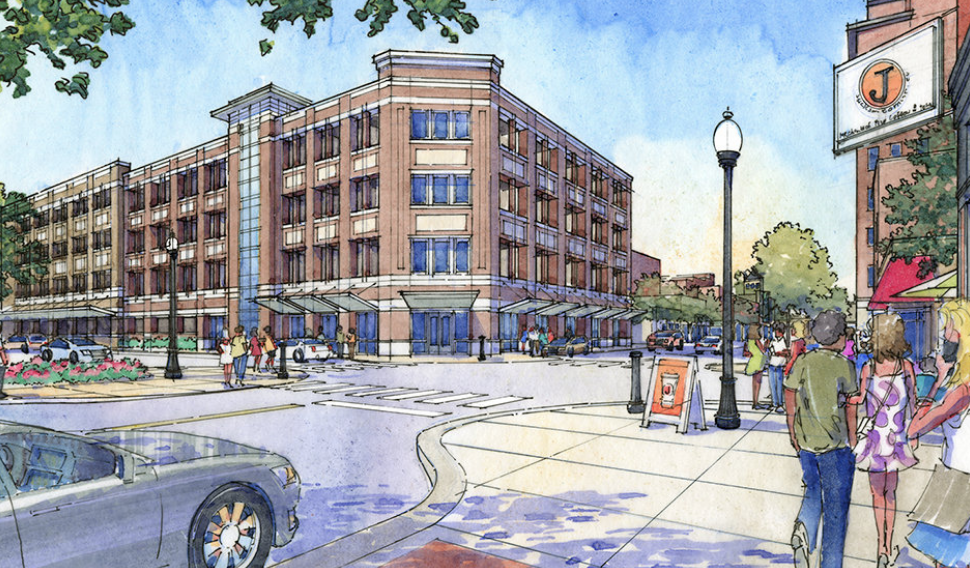