Shoddy report is a disgrace

“If Reaume didn’t know or only found out later, the terms that spring immediately to mind are mismanagement and malfeasance” 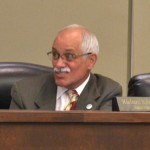 Plymouth Township, again, is the subject of a great deal of conjecture, gossip and even ridicule after submitting an application for state funds full of inaccurate and outdated information. If the Michigan Department of Treasury were to abide by the rules stated on the application, the township would have to return about $10,000 received from the program last year, based on the false statements.

That is obviously the least of the worries of Township Supervisor Richard Reaume, who as the chief township official, signed the application, vouching for the accuracy of the statements it contained. He has stated that the application is an ongoing document and that updates to erroneous or outdated information are expected.

If the situation weren’t so serious and so indicative of the pervasive arrogance of officials in Plymouth Township, it might almost be amusing. That is, if it weren’t taxpayers’ money that is going to fund these grants based on false information. That, we think, makes it a very sad situation, indeed.

That the application is so outrageously erroneous is a matter of public record and while Reaume can contend it is fluid and can be updated, we would have to then ask why it wasn’t corrected and updated before it was submitted. The township had rejected, in writing we’re told, the Plymouth Arts and Recreation Complex plan for Central Middle School on Nov. 27. Yet, on Jan. 2, Reaume signed a grant application claiming the renovation by the township, the city and multiple community groups of the current school into an arts and sports center as a viable and ongoing project demonstrating the consolidation of services required as a condition of the grant.

We cannot help but recall the virulent and saliva-fueled shouts of Township Treasurer Ron Edwards at a meeting in January complaining about the PARC plan and the vote to ban any joint agreement with the city of Plymouth until 2016. 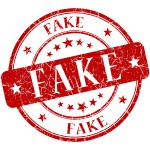 According to the grant application, however, the city and township currently share a fire department which hasn’t been the situation for more than two years. The township also claims to have eliminated a recreation director in an effort to consolidate expenses, too. That must have been easy, since they didn’t have such an employee. The grant application doesn’t mention the nearly $100,000 township officials set aside to start a new recreation department, something that is the opposite of the stated grant criteria.

Maybe a clerk prepared the application and simply copied an old one…but in that case, shouldn’t someone have reviewed it for accuracy? We don’t know who prepared it and suspect that there will be several conflicting answers to that question, but whoever did, and whoever allowed it to go to the state in that form deserves some serious censure, despite the claims of allowable updating.

If Reaume, or any other official knew this application was faulty and included these falsehoods, the word fraud comes immediately to mind.

If Reaume didn’t know or only found out later, the terms that spring immediately to mind are mismanagement and malfeasance.

But apparently, only to lay people like us. Officials at the state level appear to have no problem being handed applications like these and there seems to be no plan or procedure to disallow the tax money that will flow into Plymouth Township based on this misinformation and lack of accuracy.

Or perhaps, enforcing the rules as stated on the application is simply too much work for the overburdened folks in the state treasury department. Perhaps, like whomever prepared this latest work of fiction that is the Plymouth Township application, they are just way too busy to be burdened with accuracy.

After all, it isn’t their money. It’s yours.

Shoddy report is a disgrace