Stalled trains blocking tracks at Plymouth’s four main railroad crossings for hours on end, month after month of complaints from frustrated motorists, fruitless rhetoric from politicians and CSX Railroad representatives leave a serious issue unsolved that has for years plagued this major railroad town of only two square miles.

Public safety issues abound when fire trucks and ambulances must abort and re-route emergency runs, when mothers are trapped in traffic with babies, when pedestrians step dangerously between train car couplers and hazardous tank-cars idle across the tracks-loaded with toxic and flammable liquids- all adding up to the frightful risks of stopped trains.

The questions remain.Where does the truth lie and what has to happen before our citizenry will be safe.

Is there a limit to how long a train can block a roadway?

“No…Restricting the amount of time a train can occupy a crossing has been determined to be an infringement on interstate commerce. Only the Federal Government can regulate commerce, and no restrictions currently exist. “ Michigan Department of Transportation website

What is the City doing about the delays?

“CSX Railroad Trains are regulated by the Federal Government and the local units of government or the City have no authority over trains and how long they block crossings. Our best recommendation is to contact your federal legislators and request relief.” Plymouth City Manager Paul Sincock, Oct. 2017

Why is the railroad always blocking the tracks?

“CSX is transitioning to a new operating model, called Precision Scheduled Railroading, which is intended to optimize the use of all assets, including locomotives, rail cars and infrastructure, in proving a cost effective, reliable, predicable freight transportation product to customers…” Rob Doolittle-CSX Assistant Vice President –Media Relations, Oct. 2017

What are our state legislators doing to help fix the problem?

A month earlier, Congressman David Trot wrote to former CSX CEO, Hunter Harrison describing what was once a disturbance, as a “significant public safety issue.”

“It is with regret that these blocked railroads have now become an annual event, with still no sufficient explanations as to why they are commonplace and how they can be prevented” Rep. David Trott- Detroit News, Oct. 25, 2017

Signs placed by the city last summer listing telephone numbers for CSX Railroad, Stabenow, Trott and Senator Gary Peters still remain at the city’s four major railroad crossings advising motorists to report crossings by telephone to their representative or the Federal Railroad Administration. The problem is not over. 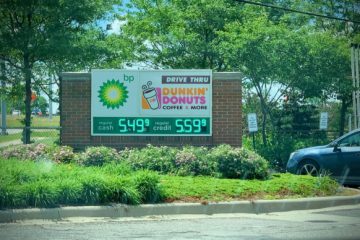