Current State Rep. Kurt Heise has expressed his interest in the $111,384 position…

Members of the Plymouth Township Board of Trustees will meet at 10 a.m. Saturday to name an interim board president while the process of appointing a new township supervisor begins. 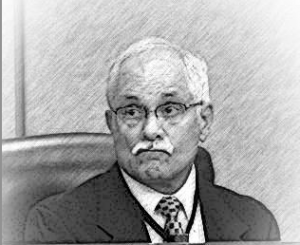 Last Sunday, beleaguered Plymouth Township Supervisor Richard Reaume submitted his formal written resignation to township officials, including Township Clerk Nancy Conzelman, as required in the township charter. In his two-page e-mailed letter, Reaume listed seven categories and touted innumerable accomplishments during his 10-year tenure. He was first elected in 2004, reelected in 2008 and again in 2012. His current term does not expire until November of 2016.

Reaume’s letter did not specifically address any of the current controversy or the recall action against him and three other members of the board. He stated only that he had given the matter a great deal of thought and that “at age 65” this was the “right time” for him to retire. Reaume’s departure had been the subject of conjecture for months, particularly after he sold his Plymouth Township home this summer and purchased two condominium units in Florida. He has been living in a township bed and breakfast for several months.

Reaume’s administration has been fraught with conflict and controversy recently surrounding a protracted federal investigation of accounting practices relating to drug forfeiture funds in the police department. Currently, the Department of Justice has frozen about $1.4 million in drug forfeiture funding, pending the outcome of the ongoing probe.

Reaume has also been criticized for his approval of a controversial $2 million recreational plan for the township that includes an elaborate all-weather pavilion, an out-door amphitheater with granite benches and a $20,000 snowmaking machine. Residents have been protesting the plan and the expense in light of conditions at the fire department during public meetings for months. Reaume also admitted to multiple false statements on a state grant application and was integral in a failed $600,000 land purchase from the City of Detroit which a judge recently voided. Reaume’s handling of fire department staffing and union negotiations has also been the subject of public criticism and questions from the public during meetings.

Sources close to the situation said that Reaume’s decision may have been hastened by a loud altercation between township Treasurer Ron Edwards and Police Chief Tom Tiderington which took place last week in Tiderington’s office. The argument, overheard by several people, was apparently about the accounting procedures Edwards has implemented regarding the drug forfeiture funding in the police department, the subject of the ongoing federal audit. Tiderington did not respond to requests for comment.

Reaume, vacationing in Florida, reportedly would have to face another conflict involving Edwards, who is currently named in an assault charge by township resident Mary Ann McLaren. McLaren said she was accosted by Edwards when collecting recall signatures at township hall in mid-February. That incident is part of an ongoing criminal investigation, which has been turned over to the state police by Tiderington.

In July 2011, Edwards loudly berated a police 911 dispatcher regarding a traffic tie up after July 4th fireworks, causing public criticism. In 2010, Edwards physically assaulted then Township Clerk Joe Bridgman in a widely publicized incident. According to court records, Edwards has been successfully sued by female township employees, resulting in financial settlements.

Edwards did not return calls seeking comment by press time.

At the meeting Saturday, after the appointment of a president pro-tem from the current elected board members, the board is expected to begin the process of interviewing individuals interested in filling Reaume’s unexpired term. It is expected the board will ask any interested township resident to submit a letter detailing their interest in the job.

If no successor to Reaume is appointed 45 days following his resignation, the Wayne County clerk can call a special election to fill the post, according to state law.

Current State Rep. Kurt Heise has expressed his interest in the $111,384 position and said that he feels “the township is in crisis.” Heise said that if he is appointed as township supervisor, he will “regretfully” give up his state representative position, leaving an unexpired term.

Reaume will be prohibited from voting on his successor by state election law.