In a surprise move last week, the Northville Township Fire Department moved firefighters and equipment out of Lake Pointe Fire Station 2 and ended a short-lived inter-governmental agreement with Plymouth Township.

Fire safety was a hot-button election issue in the 2016 Plymouth Township election and the majority of the successful candidates were those who promised to re-open the fire station that serves the largest township subdivision, increase fire department staffing levels and provide new and safe equipment. Voters overwhelmingly replaced five of the seven members of the board of trustees. 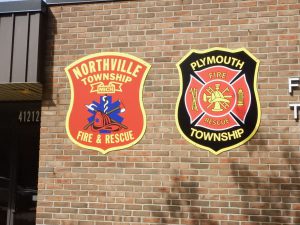 Following the election, Plymouth Township Fire Chief Dan Phillips presented a report to board members and revealed life-threatening response times in the township. Phillips estimated the cost to reopen the Lake Pointe Station-2 at $590,000, calling for the hire of six additional firefighters.

By July 2017, board members agreed to the hiring of three new firefighters and OK’d an agreement with Northville Township to allow the two townships to share Station 2. Three new firefighters were sworn in on Sept. 11, 2017. The new plan called for each township to have two emergency vehicles and two firefighters on duty at the station to respond to emergencies in both communities. Since that time, various upgrades to equipment and radios have been approved in Plymouth Township where board members also agreed to hire three additional firefighters by the end of 2018.

The fire station was re-opened Sept. 29 by officials from both communities. During the last 11 months, the two fire departments shared the building, responding to calls in the respective communities, with few exceptions where mutual aid was requested.

Northville Township Public Safety Director Todd Mutchler said sharing the Plymouth Township fire station was good experience and that Northville was very appreciative of the opportunity. Mutchler said that after almost a year of monitoring the performance and service delivery from the Lake Pointe location, the department noticed an increase in response times and felt it was best to operate from the main Northville Township fire station on Six Mile Road.

“I can’t stress enough how much we appreciated the opportunity Plymouth Township provided us,” Mutchler said.

“Since we’re hiring the three additional firefighters we need…we will no longer need Northville’s assistance. Northville has always been there when we need them and we’re confident that the friendship will continue,” Phillips said.

According to Phillips, even with the combined fire services arrangement in place it is necessary to “brown-out” or close down one of the three Plymouth Township fire stations on a regular basis due the insufficient staffing levels, vacations, and sick days. He is operating the department with overtime to keep the stations open as much as possible.

Northville Township, which is almost equal in size and population to Plymouth Township, has 27 full-time firefighters. Phillips said the pending three new hires set for this year would bring the Plymouth Township department staffing to 24 from the current 21.

Last month, members of the Plymouth Township Board of Trustees approved a ballot proposal for a public safety millage. If approved by voters Nov. 6, the proposal will impose a 1.2 mill tax levy to fund both the police and fire departments in the township. The millage request is needed to aid the public safety funding and the unfunded legacy payments, officials said. Phillips described the need to replace the rapidly aging fleet of fire trucks and ambulance vehicles still in use by the township as “critical.”

Board members recently approved the purchase of a new $635,061 fire engine to replace the obsolete 29-year-old open-cab model that is now illegal in some areas. The township has three aged fire engines, the newest of which is 18-years-old. The other two fire trucks are 26 and 29 years old, according to department records.