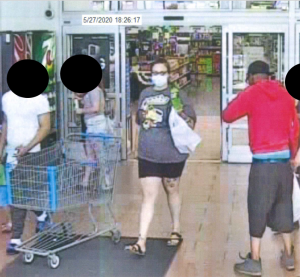 The Canton Police Department is asking the public for assistance with identifying a female who is suspected of stealing a wallet from a shopping cart and subsequently using a stolen credit card for fraudulent purchases. The incident took place during the afternoon on May 27, 2020, at the Canton Target store on Michigan Avenue.

The female suspect is described as a white, late 20’s to early 30’s, with several tattoos on her arms and a large tattoo on her left thigh. The female left the parking lot in an older model white Ford Escape, with a light- skinned male and a young child. 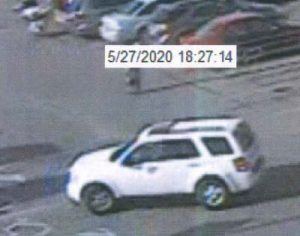 Anyone who many recognize the female is asked to contact the Canton Police Department at 734/394-5400.