Pandemic historians who showed the power of efforts to ‘flatten the curve’ say it will take all-out effort by individuals, industry and elected officials to reduce death and suffering until vaccines are available

Back in early March, experts hoped a history lesson could save American lives.

Cities and states hit hard by the new coronavirus ‘flattened the curve’ of a rising tide of cases, by cutting back on the kinds of interactions that can spread the virus from person to person. More than 100 years after the 1918-1919 flu pandemic, the same steps that worked against that deadly virus also slowed the new one.

“Just as our research on the 1918 pandemic had predicted, temporary restrictions on public activity kept COVID-19 from overwhelming most hospitals, and gave medical researchers time to study how to slow this virus, learn how to treat patients effectively, and start developing vaccines,” says Howard Markel, M.D., Ph.D.  He’s a University of Michigan medical historian who led a major study of that long-ago pandemic, and helped coin the phrase ‘flatten the curve’ based on how the 1918 pandemic behaved when cities limited public gatherings and some kinds of business activity.

But by late April of this year, Markel and others started warning about the risk of history repeating itself if people didn’t continue to heed the lessons of 1918 – or start heeding them in places that hadn’t seen many COVID-19 cases yet.

Now it’s July. Hospitals have started filling up with critically ill COVID-19 patients in cities and states that escaped the first wave, or relaxed their restrictions too soon or too far.

Just like their predecessors 102 years ago, many governors and mayors have had to reverse course, putting limits back in place after people started gathering and cases started rising.

Meanwhile, rapid research has shown the importance of cloth masks in slowing the spread of the coronavirus, and yielded valuable clinical insights for medical teams that are just now seeing their first cases. Vaccine candidates have started to emerge.

But Markel and his colleagues are still worried.

Alex Navarro, Ph.D.,his colleague at the U-M Medical School’s Center for the History of Medicine, just wrote a piece focused on the history of the 1918 flu in Denver, where cases and deaths spiked especially high after people became weary of restrictions and they were reversed.

Navarro says that it may be impossible today to get people to go back to following the most restrictive rules about leaving home and gathering.

That makes “easier” rules like universal mask-wearing even more important, says Markel. Together with restrictions on how many people can get together in one place and where they can do it, and guidance on how far apart they should be, these non-pharmaceutical interventions will make life livable without having to go back to a total lockdown and stay-home order.

The ‘three D’ model, which focuses on reducing duration of in-person interactions, increasing the distance between people, and reducing the number of different people everyone interacts with, is an easy rule of thumb.

“Each type of prevention is like a layer of Swiss cheese, because each one has holes in it that might still allow the virus to spread,” Markel says. “The hope is that by overlapping several types of prevention at the same time, we can plug up those holes. But that means that we all have to share in the burden of protecting not only ourselves, but others. We need to do our level best.”

Masks, distancing and other precautions will be key for the states and cities now experiencing sharp upticks in cases and hospitalizations, to prevent the need for lockdown conditions, he says. Of the 43 cities whose 1918 flu patterns he and Navarro studied, 23 had two peaks on their curve– and they were all ones that loosened restrictions before the first curve was truly flat. Part of this will require leaders to de-politicize the wearing of masks and the following of less-restrictive rules.

“This is not a partisan issue, it’s a public health issue,” he says. “My hope is that just like in 1918 and 1919, responsible businesses and forward-thinking CEOs and bosses will say this is going to cost too much in human life if we keep going as we have been.”

Mask use was recommended during the 1918 pandemic, and in some cities was actually mandated. “Business owners and clergy frequently complained about the duration of the closure orders, but it was the use of mandatory mask ordinances that really upset people,” says Navarro. “While most people followed the orders, noncompliance was fairly widespread.  In Denver, the city ended up rescinding the mask order because so few residents were willing to comply.  In San Francisco, citizens formed an ‘Anti-Mask League’ to protest the ordinance.”

Other researchers of the 1918 pandemic actually showed that those cities that kept their citizens out of public spaces longer fared better economically in the long run.

As school districts make decisions about what to do in a few short weeks, Markel notes that historical research can also help them weigh the costs and benefits. In 1918, the city of Chicago decided to keep schools open, reasoning that children living in poverty or abusive homes were better off in an environment where they could learn and be fed.

In fact, he notes that children can be highly effective public health change-makers, as they learn in school the most up-to-date information on how to prevent health problems, and bring that knowledge back home.

Back in the early 20th Century, giving schoolchildren toothbrushes and information about the importance of preventing cavities led to better dental hygiene among their parents, too. Similarly, teaching young children the value of buckling their seatbelts in the 1970s help that practice become widely accepted, and helped bring down the rates of crash deaths and injuries.

“Elementary and middle-school children are some of the best public health ambassadors we have, if we empower them to feel like they’re helping everyone,” Markel says.

Since research to date has suggested that younger children especially don’t tend to spread the virus, especially if they and the adults in their school wear masks, current efforts to reopen safely could once again make schools a teaching place for safe behavior.

On the other hand, he’s especially concerned about colleges and universities as potential hot spots for transmission, based on the typically risk-tolerant attitudes of older teens and young adults. Even if their institutions make every effort to prevent spread on campus, they can’t regulate students’ behaviors when they’re not in classes or dorms.

“We looked at influenza outbreaks at several colleges and universities in the fall of 1918,” says Navarro. “In some of these institutions, a quarter of the student population still contracted the disease, despite the control measures that were in place.”

And so, says Markel, “I really do worry about another major spike in college towns a few weeks after students return, because one-third of young people who contract the virus may spread it without ever having substantial symptoms themselves. That puts the older adults they’re in contact with at risk, including essential workers.”

The role of public consumption of alcohol – which was also a concern in 1918 – can’t be overestimated, he says.

Back then, many working men ate their lunches in saloons, and political parties used these barrooms as a gathering place for recruiting voters to their side. But during the flu pandemic, most cities closed them down, with just as much uproar as the closing of bars in COVID-struck cities today.

“In several cities, saloons were specifically exempt from the closure orders,” says Navarro.  “They were too socially and politically important to order closed. Although owners were still supposed to prevent crowding, police frequently found the bars fully packed.”

In addition to managing the types of situations where people can interact, and requiring mask use, there are other important tools to consider, says Markel. These include incentivizing people to stay home if they’re sick, and continuing to supplement the incomes of people who are out of work because of public health precautions.

Even once vaccine tests have identified good candidates, it will take time to produce enough vaccine and get enough people vaccinated to reduce the risk of spread.

Markel likens it to another crucial period in American history – World War II.

“It took time for the great ‘Arsenal of Democracy’ to get up and running, and produce the incredible number of planes, ships, and weapons that our troops needed,” he explains. “Getting a vaccine to everyone will take a while, too. In the meantime, we should see the task of preventing coronavirus as our own ‘war effort’ and do the right thing for ourselves and our loved ones. We can do it, but we have to do it now. Otherwise it will just get even harder.”

Plymouth resident Kara Gavin is Research and Policy Media Relations Manager for the University of Michigan Institute for Healthcare Policy and Innovation, and a science and medical writer for Michigan Medicine – the University of Michigan’s academic medical center. She has more than 25 years of experience in communicating about science, medicine and health policy and was trained at Lehigh University in Pennsylvania and the Columbia University Graduate School of Journalism. Mrs. Gavin is also serves as a parent volunteer with Plymouth Arts and Recreation Complex program Forever After Productions.

Courtesy:  The University of Michigan 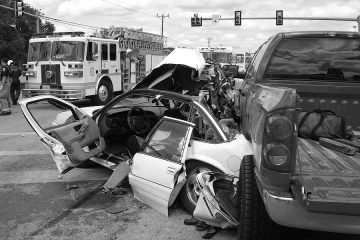 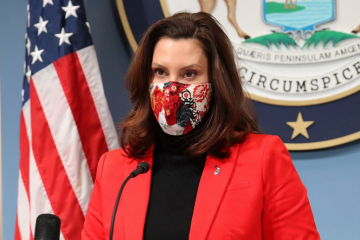 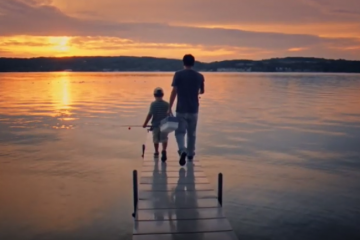