“Father knows  – and knows well – why it was necessary  to take this step.”

The removal of the Rev. Michael Suhy from the Our Lady of Good Counsel Catholic Church is Plymouth last month still has parishioners reeling at the news.

In a statement regarding the change last month, Auxiliary Bishop Gerard Battersby said the decision by the Archdiocese of Detroit was based on Suhy’s inability to manage the responsibilities of the parish.

“Father Suhy has become overwhelmed with the responsibilities, burdens and challenges of administrating a large and complex parish like Our Lady of Good Counsel Parish with its added dimension of having a school,” Battersby’s prepared statement read. “Following the required consultations and fact- finding, the action taken on Nov. 17 was believed necessary for Father Suhy’s well-being, and also for the well-being of the parish, parishioners, and school.”

Suhy, through his attorney Ron Thompson, is fighting the claims of the Archdiocese. Thompson characterized the claims as an attempt by “the Catholic Church to hide their misconduct.” He added that the action of the Archdiocese was “a cover up.” According to Thompson, the removal of Suhy from Our Lady of Good Counsel was retaliation for the priest’s objections to alleged sexual harassment and abuse by another church leader.

Suhy claimed he alerted church officials after receiving a letter last year from a couple “notifying him that a prominent employee of the Archdiocese of Detroit was engaging in the sexual harassment and grooming of their son.” That person, according to Suhy, was not punished, “and another colleague spontaneously shared with me his grave concern that the same alleged harasser was acting inappropriately with young priests of this archdiocese,” Suhy wrote. “What we have here is nothing less than the selective and arbitrary enforcement of the archdiocese’s policies against sexual harassment and abuse and the removal of a whistleblower pastor.”

Archdiocese officials deny that allegation and claim Suhy’s removal was based on his poor performance had been under discussion since last spring.

“The discussions aimed at getting Fr. Suhy to step aside voluntarily for his good and the good of the parish started – with him – this past spring,” said Ned McGrath, a spokesman for the archdiocese, in an email. “Ultimately and unfortunately, his intransigence triggered a canonical process for his removal.”

Archbishop Allen Vigneron, informed Suhy Nov. 17 of his removal from the parish after following what the church described as a “months-long process that included interviews with current and former clergy, staff, parishioners and others.”

“As required by church law, two letters were sent to him encouraging him to resign as pastor for his own sake and for the sake of the parish; but, he chose not to do so,” Battersby wrote. McGrath said that “some two dozen pages of documentation and clarification” were presented to Suhy to explain the reasons he was being removed. He said that Suhy did not include any of that information in his statement and that “In other words, Father knows – and knows well – why it was necessary to take this step. The removal is about him and his pastorate, not someone or something else.”

Thompson claims that Suhy oversaw a thriving congregation with maximum attendance accompanied by a school boasing steady enrollment and that he “joyfully” served parishioners and that he had earned “a good reputation from Dearborn to Ypsilanti for his strong leadership.”

Thompson also said that Suhy maintained finances and that by last week the congregation was $79,000 ahead of budget in weekly offerings.

“All the markers of a good, well-run parish by a competent and able pastor are in play,” Thompson said.

Citing “the questionable nature of evidence” against the priest, Thompson said he believes archdiocese officials were displeased Suhy eliminated the position of a church staffer who had potentially damaging information and would not back down about the allegations involving the other official. “It’s a situation where Father Suhy is being sacrificed because he won’t keep quiet.”

Suhy will be provided a residence, his medical benefits will continue, and he will be supported financially by the Archdiocese of Detroit, Battersby said, until he is assigned a new parish. “There are no restrictions on his priestly ministry. However, for the good of everyone, he will no longer live at this parish, nor will he be permitted to return to Our Lady of Good Counsel to celebrate Mass or sacraments or visit the school.”

Monsignor Patrick Halfpenny has been assigned as the temporary administrator at Our Lady of Good Counsel. 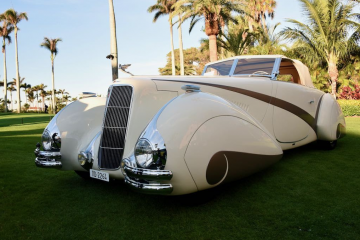