A Waterford man is facing felony charges in connection with a house fire that took place in Canton Township in February.

Wilkinson is facing charges of second degree arson, a 20-year felony, and arson-preparation to burn a dwelling, a 10-year felony along with charges as a habitual offender fourth offense. His bond was set at $500,000, or 10 percent, by Chief Judge Michael J. Gerou. Wilkinson returned to court for a hearing Dec. 20.

Canton Township police and fire department officials conducted a lengthy investigation into the suspicious fire, resulting in the felony charges being filed by the Wayne County Prosecutor’s Office against Wilkinson who had been contracted to perform work on the residence. The homeowners were not home at the time of the fire, but suffered significant loss of property and damage inside the residence, officials noted. 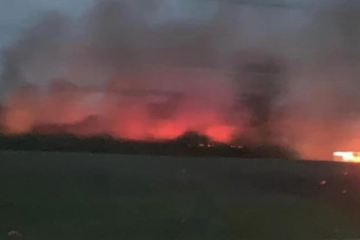