Yankee Air Museum is actively seeking first person accounts of World War Two, Pacific Theater action from airmen serving on the B-24 Liberator bomber named Michigan. Although the Museum does not have a flying B-24 in its fleet, it is closely connected to this type of aircraft by its location on the grounds of historic Willow Run Airport where 8,685 Liberators were built between 1942 and 1945.

The particular plane of interest is a B-24J Liberator bomber decorated with a representation of the famous “Big House” or University of Michigan football stadium in Ann Arbor, Michigan, as its nose art.

“We believe at least one of the crew on this aircraft had strong ties to the University of Michigan in general and the football program in particular,” said Ray Hunter, Chairman of the Board, Yankee Air Museum.  “The Museum has been searching for years for anyone who was attached to the B-24 Michigan.  As we approach the 75thanniversary of the end of World War Two next year, it’s time to renew that search.”

The Museum is looking for surviving crew members, or their families, who flew or maintained this aircraft.  The hope is to honor the local heroes and obtain first person stories or perhaps additional photos of this B-24.

As a pilot and Air Force Veteran, Hunter also has a personal interest in the Michiganand its crew.  He rose to the rank of Colonelby 1985 and reported for duties in Ann Arbor as Commander of the Air Force Reserve Officers’ Training Corps (ROTC) program at the University of Michigan.  Colonel Hunter retired from the Air Force in 1988.  Each year now, he frames a picture of the B-24 Michigan nose art and presents it with a special inscription to an excellent student graduating from the University of Michigan ROTC.

“It would be great to have some living history references to this plane,” added Hunter. “It’s remarkable how inspirational theses accounts can be to future U.S. Air Force Officers especially from members of the Greatest Generation who flew on a plane bearingMichigannose art.”

Hunter explained nose art saying that during World War Two, decorating combat aircraft was a common practice, in fact this era is known as the golden age of aircraft artistry.  The majority of the art reflected girlfriends, wives’ names, names of towns, or other reminders of the “Home Front.”  Nose art regulations, if they existed at all, were very relaxed and many examples were very risqué.  According to Hunter, with heavy losses of aircrew and aircraft during bombing missions, there was really no pressure to be politically correct on how the aircraft were adorned.

The B-24 Liberator four-engine bomber was a popular palette due to its large expanse of relatively open painting space on the nose of its massive fuselage.

The nose art on the Michigan B-24 was painted by SSgt Sarkis Bartigian, a renowned commercial artist whose only occupation during World War Two seemed to be creating and painting nose art on large aircraft.  His body of work is extensive and may be found at http://www.usaaf-noseart.co.uk/artist.php?artist=bartigian.

“Most of the nearly 18,500 B-24s manufactured, including the Michigan, were scrapped at a smelter in Arizona and melted down after World War Two ended,” said Hunter. “The B-24 Liberator Michiganwas not built at the Ford Willow Run Bomber Plant and only four Willow Run bombers remain.”

Hunter added that two of the remaining Ford-built B-24s are located at museums in England, and the others in Canada and Louisiana.

Contact Ray Hunter at the Yankee Air Museum if you have information regarding the historic B-24 Liberator Michigan.  ray.hunter@yankeeairmuseum.org.

Yankee Air Museum, located at 47884 D Street, Belleville, Michigan on the grounds of historic Willow Run Airport, is open Tuesday-Saturday from 10 a.m. to 4 p.m. and on Sundays from 11:00 a.m. until 4:00 p.m. Visit  www.yankeeairmuseum.orgto discover more about us and how we are working to preserve local history with the www.SavetheBomberPlant.org  campaign. For more information, call 734-483-4030. 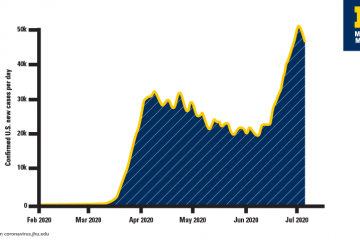