The shutdown of a nuclear power plant makes the state vulnerable to cloudy, windless days

In one sense the plant’s closing was no surprise. It had been scheduled for more than five years. The plot twist? Last month Democratic Gov. Gretchen Whitmer came out in favor of keeping it open. Ms. Whitmer sent an initial request on April 20 to a Biden administration funding program designed to extend the life of imperiled nuclear power plants. Her request was more show than substance—it came after nearly four years of silence on nuclear power generally and Palisades in particular. Even her recently published climate plan only mentioned nuclear in passing and focused instead on building ever more weather-dependent renewable energy.

Ms. Whitmer knew that keeping the plant open would require difficult to obtain, long-term commitments, yet she still held off on her announcement until the plant had a few short weeks left. She also knew that the plant’s operator, Entergy, had said for years it wanted out of the merchant nuclear-power generation business. With no buyers expressing interest in operating the plant, the company remained unequivocally committed to closing Palisades regardless of what schemes Lansing or Washington devised.

It’s possible Ms. Whitmer waited because there was no political downside to supporting the doomed plant so late in the game. Her environmental allies in the Sierra Club and elsewhere knew that no matter what her news releases might say, the plant’s closing was assured. But statements of support for the plant did get valuable headlines, giving Michiganders the impression that their governor mounted a brave campaign to the bitter end. That’s an especially important message for the union members who broadly support nuclear energy. The unionized Palisades plant alone employed 600 people, each representing a potentially pivotal vote in a swing state.

The closing of Palisades leaves the state in a precarious position. Now Michigan will have to deal with the sudden loss of the more than seven million megawatt hours of electricity the plant produced in 2021. It will also have to deal with the shutdown of the nearby coal-powered Campbell power plant within the next few years. While environmentalists cheer the closings, Michigan consumers and businesses will deal with the fallout in the form of higher rates for less reliable electricity service. Operating existing coal and nuclear plants is on average 2 to 3 times less expensive than building new wind and solar, but Michigan’s utilities are still choosing the latter, more expensive and less reliable option.

Decades of mandates and subsidies mean Michigan has a quickly growing supply of solar panels and more than 1,500 wind turbines. Yet combined, they still can’t produce as much electricity as the Palisades plant alone. There is no economically viable path to ramp up wind or solar production to replace the lost power, much less meet the state’s rising energy demands.

For that matter, there’s no obvious recognition from the governor’s office that wind and solar are wholly dependent on the weather. They must have ample back-up from nuclear, coal and gas-fired plants for the significant amount of time on cloudy, windless days, when turbines and solar panels produce nothing. Yet it’s the reliable energy sources that are being targeted for closure today.

A different, more sane approach is needed, because rolling blackouts are looming. The Mid-continent Independent System Operator, which controls electric transmission infrastructure in Michigan as well as 15 other states and the province of Manitoba, warned in April that “regularly available generation” might not be able to meet electricity demand this summer.

A more recent report by the North American Electric Reliability Corporation reiterated this dire warning, describing a “high risk of energy emergencies during peak summer conditions” across much of the country. The NERC and MISO warnings demonstrate that we’re reverting to the tactics employed by our ancestors: praying for the right weather so we can make it through hot summers and cold winters. Closing reliable generation stations like the Palisades plant ensures that those fervent prayers will be more frequent.

Such are the contradictions of the climate agenda. It demands more clean energy, yet drives clean nuclear power out of business. It promises reliability and low costs, but leaves families and job creators wondering if the lights will stay on and hoping their bills won’t go higher. And as Michigan proves, it pushes politicians to embrace harmful policies and then pretend they’re taking steps to solve the very problems they created. 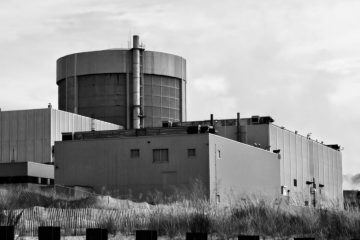