City of Plymouth officials are celebrating nearly 30 years of continuous street and infrastructure improvements marked most recently by the Main Street project through downtown.

The latest improvements were funded by the 2019 Street Improvement Bond approved by voters last November. Officials said that infrastructure improvements to Dewey Street that included the replacement of the water main, a sanitary sewer repair and a complete rebuild of the road surface were completed in June.

This project was the final phase of a multiyear program of rebuilding the infrastructure in the southeast portion of Plymouth, officials said.

The latest downtown project included the repaving of Main Street from Church to Wing streets. The roadway surface was milled and repaved and curbs were repaired in this phase of the 2020 improvements.

An upcoming project will include an upgrade and enhancement of the current pedestrian crossing signals at the intersection of Ann Arbor Trail and Main which will allow for pedestrian control. In addition, a new pedestrian-con- trolled crossing signal at Main Street and Hartsough will be installed.

Main Street will also undergo a “road diet” before the end of the calendar year. South Main Street from Ann Arbor Road to Ann Arbor Trail will be converted from four traffic lanes to three traffic lanes, one north- bound, one southbound and a center turn lane) with bike lanes along the curb line of both sides.

Wikipedia defines a road diet as, “A technique in transportation planning whereby the number of travel lanes and/or effective width of the road is reduced in order to achieve systemic improvements.”

The project will consist of re-striping Main Street to convert it to one northbound lane, one southbound lane, and a center left turn lane with bike lanes on both sides. Members of the Plymouth City Commission recently adopted a transportation policy that states the City of Plymouth will approach all transportation projects as opportunities to implement “Complete Streets” that give priority to the safety of pedestrians, people who need mobility aids, bicyclists, and motorists, as well as design elements that promote walking, bicycling and other means of non-motorized transportation.

“This project and the new policy are the result of a lot of hard work and research on the part of many people,” said Mayor Oliver Wolcott. “It’s another example of groups coming together to make Plymouth the best it can be.”

In another project, Farmer Street from the railroad crossing to Blunk is being fully reconstructed and involves a full replacement of the sanitary sewer main and the water main, replacement and repair of storm drains and catch basins, and a full rebuild of the road surface. Underground construction of the utility lines will be ongoing throughout the month of August, officials said and the road paving will begin when the underground construction is complete.

Panel and joint repair work will continue on Junction Street from Blunk to Karmada and will begin as soon as traffic is reopened on Farmer. In addition, North Evergreen between Blanche and Farmer will be repaved.

The 2020 Infrastructure Program is progressing on schedule, officials said. The entirety of the program is anticipated to extend through the end of summer with a projected completion in late September. The schedule is dependent on the continued favorable weather, equipment, material and crew availability and field conditions, they added. 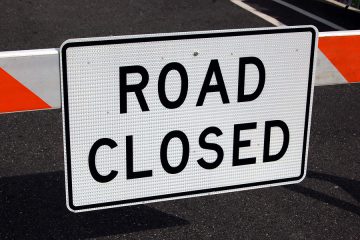 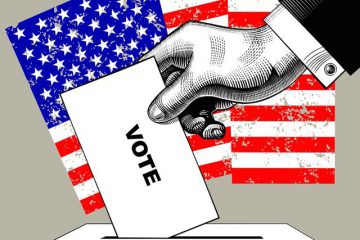