A 24-minute ambulance response time may have contributed to the death of a 63- year-old Plymouth man, found not breathing and unresponsive in his home near the downtown area.

A frantic 9-1-1 call for help from a distressed family member was received at the Plymouth Township police dispatch center at 3:17 p.m. although needed paramedics with required Advanced Life Support training and medications did not arrive at the scene until 3:41, according to official records of the incident. 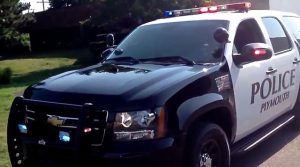 The 9-1-1 recordings of the situation were recently obtained under a Freedom of Information Act (FOIA) by The Eagle and detail the actions of emergency medical responders. Under the current arrangement between the City of Plymouth and the City of Northville, the two communities utilize a paid on-call fire department and rely on Huron Valley Ambulance (HVA) for patient transport and licensed paramedics, a service the Northville-Plymouth fire department is not set up or licensed to provide.

Less than one minute after the 9-1-1 call reporting the Plymouth man in distress, dispatchers paged the Northville Fire Department on-call firefighters to respond to the Maple Street address where the unconscious man was on the floor and bleeding, according to the recorded radio information. At the same minute, dispatchers radioed two City of Plymouth police officers to respond to the house, located just blocks away from Plymouth City Hall where an ambulance is housed in the normally unmanned fire station. At 3:20 p.m. the officers were at the residence and two minutes later commenced CPR efforts. 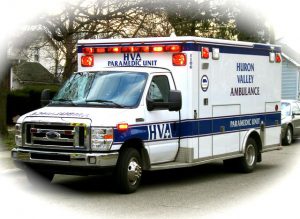 At 3:23 p.m. first responders placed a call to dispatch inquiring where HVA was coming from and were told the ambulance had arrived. HVA had erroneously reported their arrival two minutes before at 3:21.

At 3:24 p.m., seven minutes after the initial 911 call, the first Northville Fire Department unit reported arrival at the scene. HVA paramedics were still not there and the only life-saving efforts were being provided by the first-arriving police officers.

Repeated inquiries continued over the radio as first responders and firefighters questioned the whereabouts of HVA. CPR efforts continued while dispatchers repeatedly radioed HVA to question arrival times and remind them CPR was in progress, a message that the medical situation was extreme.

“Hang on a minute, I’ll let you know where they’re coming from for you. They’re at Beck and Curtis-I’ll upgrade them for you,” the HVA dispatcher tells Plymouth dispatch during the radio transmission.

Established protocol dictates that HVA dispatch operators be patched into every call on every medical emergency run, as was the case in the June incident. HVA asks the caller to repeat the same information taken by the Plymouth dispatch and then assigns any available ambulance to respond. The two dispatch centers are in constant contact, however, they operate on different radio frequencies and Plymouth dispatchers do not monitor the HVA radio traffic.

By 3:40 p.m. HVA was at Ann Arbor Trail and Deer Street. HVA arrived on scene at 3:41 p.m. 24 minutes after the first frantic 9-1-1 call. The patient had expired despite the best efforts of the police and on-call firefighters to provide first-aid at the scene. 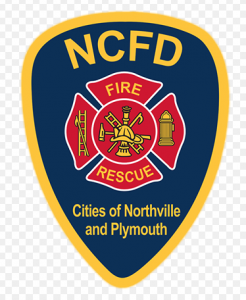 This incident was not an isolated case. There are other documented cases of delayed emergency response to cardiac arrest victims by qualified emergency medical technicians involving the Northville/Plymouth Fire Department and their respective supporting ambulance companies. Previously documented by The Eagle is the 2013 case of a Plymouth woman who died after a delayed 911 response time of more than 25 minutes, while officers performed CPR. In another incident in 2014, The Eagle reported on the critical care to a 67-year-old Northville man who also suffered cardiac arrest. By the time the Northville Fire Department Basic Emergency Medical Technicians (EMTs) got to the station and drove the ambulance two blocks north to the man in critical distress, 10 minutes had elapsed from the time of the initial 911 call. It was 14 minutes before the back-up ALS ambulance arrived with needed paramedics.

According to experts, an intravenous line with medication is required, a function requiring certified paramedics, in most cardiac incidents. Police officers are not required to have that certification or training. The universal factor in patient survival, according to national standards, is the necessity for paramedics in the immediate first 6 minutes of the medical incident. A shock with a defibrillator within the first 6 minutes could likely restore heart rhythm and a victim can still survive if qualified paramedics restore breathing and are able to administer key heart-starting drugs. Experts say six minutes is the determinate time limit in 99 percent of cases of patient survival. Only paramedics can, by law, administer drugs to victims.

Northville-Plymouth Fire Chief Steve Ott said he had no knowledge of a death in the city related to fire department response times. Ott said he knew of only one case with an unusually long response and said it was, “due to a train blocking the track.” There was no mention of the event at the June 6 meeting of the Northville- Plymouth Fire Advisory Board where Plymouth City Manager Paul Sincock discussed HVA response times and distributed a chart showing the HVA “fractile” response is 10 minutes 94.4 percent of the time.

“Other area departments operate on the same or similar models as we do,” said Ott, referencing Novi, Salem, Lyon Township, Van Buren, Romulus and Belleville.

“We’re not a government agency and we are not required to provide any information. In fact we don’t give out anything.”