Stefanakis, the owner of Greek Islands Eatery, received a Class C Liquor License at that establishment in March of 2018.  The new license is for a second establishment and the owners of Greek Islands have made application to the state Liquor Control Commission seeking permission for a new bar, entertainment permit and extended hours. The application with the state is still pending.

Because the city maintains a Liquor Management Ordinance related to the operation of all Class C  licenses, the review committee is required to make a recommendation to the city commission related the applications, renewals and revocations. After a brief discussion, the committee members approved the Greek Islands’ request and sent the recommendation on to the city commission for consideration. The site plan for the new business was previously OK’d by the planning commission.

Stefanakis waited six years for the current Class C license and at the time it was approved, he said the restaurant was “only looking at (serving) a small amount of beer and wine….” The restaurant opened in 2012.

Stefanakis and his sons told the members of the LLRC members last week that the plans for the new bar include a “speakeasy” theme and will be called “Ebenezer.” Stefanakis said the new basement bar would only be accessible to customers from the alley entrance at 305 Fleet St. and would have a 76-seat capacity after it is completely remodeled.

Stefanakis’ plans call for an “upscale specialty cocktail and dessert bar…with a “small menu with cold cuts and finger foods…live entertainment consisting of local small combos only on certain weekends…no dance floor, no televisions of any sort or loud music.”

Greek Islands Eatery has joined the ranks of several other Plymouth establishments that sought “permits” for additional bar/restaurant operations rather than seeking often-expensive new MLCC licenses.  Class C licenses issued under the traditional quota system are transferable. One recently listed class C liquor license in Wayne County was advertised for $80,000, and the owner offered land contract terms by a Michigan liquor license broker.

According to the state department of licensing and regulatory affairs, Stefanakis owns eight restaurant corporations under the name Greeks Islands. The Plymouth location was incorporated in 2011 under the name G. I. Poros, Inc.

The MLCC traditional Class C liquor license quota system limits the number of new on-premises liquor licenses to one for every 1,500 people living in a municipality. There are a total of 30 liquor licenses in Plymouth, a city with a population of just over 9,000.

Plymouth Police Chief Al Cox said the police department had no issue with the restaurant during the 12 months they have had a beer, wine and liquor license.

City Manager Paul Sincock said that since the business owners had previously gone to the planning commission for site plan approval, parking was the only open issue on the table. Greek Islands owners paid the city $35,000 for 3.5 parking spaces under the provisions of the payment in lieu-of-parking system which requires business establishments to pay $10,000 per parking spot.

Parking is a hot issue with Plymouth business owners and residents alike. Owners of the Meeting House Grand Ballroom, 499 S. Main St., raised their concerns at the committee meeting explaining the constant problems with people parking in their parking lot.

The number of bars in the 2-square mile downtown business section is also a hot button issue with many residents.

Two long-time downtown residents in the audience expressed their strong displeasure with the new restaurant plan.

Delores Davis, who has lived on Penniman for the past 13 years, said she is frustrated. Davis asked the committee members what was to be done about all the bars in the downtown area. After the meeting she said she was concerned they’re putting “too many bars in a small area.”

“It’s a concept now-just add a bar to a license,” she said.  Davis quickly named the several downtown bars that operate on one license.

“Now there’s going to be five bars on Penniman -in one block,” said Davis.

Davis said she thought the comment by the police chief was comical. Responding to Cox’ remarks about no-problems at Greek Islands, she laughed, “People don’t order a beer with their breakfast-that’s why there’s no problems.”

“It’s more than the traffic, but when the bars close we hear all the noise and motorcycles as the people take the back streets to avoid the cops.  This is going to be another ‘Hoochie Mama’ bar. Do we need a basement bar,” she said. “They said, ‘We want to put Plymouth on the map,’ They don’t give a s*** about the people who live here,” she said.

“We have no reason to recommend non-approval.  It’s been to all the boards and passed,” Sincock said after the discussion.

“They applied, they received approval. We handled this like we handle any other liquor approval,” Sincock said after the meeting. 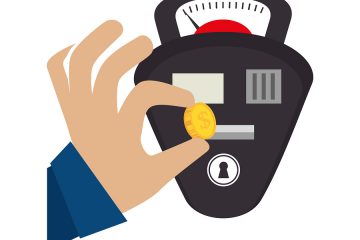