The Canton Police and Fire Departments have joined forces with local community health organizations and Growth Works, Inc., to address opioid abuse, now considered a national epidemic. Opioids are a class of drugs derived from the opium poppy, including morphine, codeine and heroin; they also include synthetics like oxycodone, hydrocodone and the extremely potent fentanyl, a police spokesperson said.

Earlier this year, public safety officials noted a remarkable increase in the number of reported overdoses involving opioid drugs. In 2015, Canton police and fire personnel responded to 23 overdoses, with seven resulting in death. This year to-date, the departments have already responded to 24 calls of overdoses, with four resulting in death. Of the 47 total overdoses since January 2015, 66 percent of the individuals fall into the age bracket of 18-30 years old.

“The increase in runs Canton Public Safety is responding to for individuals experiencing a drug overdose is alarming, and unfortunately, aligns with the upward trend being experienced throughout the state and nation,” said Public Safety Director Joshua Meier.

Nationwide, heroin overdose deaths have tripled from 2010 to 2013, according to federal prosecutors and the number of deaths from all drug overdoses exceeded 43,000 individuals in 2014.

The intent of the newly formed partnership in Canton is to attack drug abuse/addiction in the community with a two-pronged approach: police and fire department personnel will continue providing their respective services to the community including educational programs, prosecution of drug offenses, and treatment for overdose patients. The second prong comes with the new partnership aimed at securing resources for proactive approaches toward reducing drug use and abuse in Canton. Growth Works, Inc. was recruited to into the partnership as a valuable resource for addicts seeking help. Growth Works, Inc. is a private, non-profit organization serving youth and families in western Wayne County since 1971. The agency provides innovative chemical dependency and substance abuse programs for addicts and recovering addicts. Growth Works, Inc. can be reached at (734) 495-1722. The agency is also a valuable assistance resource for individuals impacted by a friend or loved one’s addiction.

“Opioid abuse has no socio or economic boundaries-addicts are not just street people or junkies-they can be your friends, co-workers or relatives, and their addiction usually results in tragedy for those around them,” said Deputy Police Chief Debra Newsome. 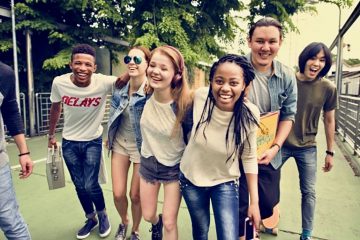