Residents of Lake Pointe subdivision in Plymouth Township met last week at the Friendship Station to discuss the condition and repair of subdivision streets. The homeowners association officers invited Township Director of Public Services Patrick Fellrath, and George Tsakoff of the Livonia engineering and planning firm, OHM Advisors, to answer questions and summarize the formation of a Special Assessment District (SAD) program to pay for the needed repairs. Fellrath told the audience that the homeowners association had expressed a substantial interest in repairing the concrete roads in the subdivision, thought to be between 40 and 50 years old and past the designed service life.

The meeting was attended by a standing room only crowd, breaking attendance records for any homeowners association meeting, according to board members. An intense audience, at times disruptive, listened to Fellrath and Tsakoff answer questions about the SAD procedure and explain how resident support and approval would affect the homeowners and the future progress of the work.

Fellrath told the homeowners in order to form the SAD, the majority of the Lake Pointe homeowners in the designated area must agree to pay the costs and the plan must then be approved by township officials.

Regulations require 51 percent or greater of the property owners-based on total frontage, and 51 percent or greater of the property owners based on total number of units within the district demonstrate support for the improvements by signing a valid petition after the forms are approved, prepared and mailed, according to state statute.

SADs are a tax mechanism authorized by Michigan Public Act 188 which allow for the establishment of the assessment districts for purposes of performing township improvements. Property owners may pay for road improvements over time with a dedicated amount added to their property tax bills. The program is administered by the township, which usually borrows the funds to pay for the improvements, and then bills the property owners a portion of the expense based on the cost and amount of roadway on respective properties.

The township usually charges residents an administrative fee for the service and adds an estimated 4 percent interest on the loan.

Plymouth Township residential streets are under the responsibility and ownership of Wayne County. A statement on the county website stipulates their interpretation of that responsibility.

“Wayne County also maintains township residential streets year-round, but it is not responsible for making major improvement since the county did not build them. Residential streets are built by developers and paid for by homeowners as part of the cost of their home. Therefore, the cost of paving or resurfacing generally is borne by the property owners, usually in the form of a special assessment district.”

In 2015, the township received $750,000 in county funding for road improvements. According to township Treasurer Mark Clinton, the funds were shared across four approved SAD projects along with some patchwork on previous SADs. Clinton said the larger the subdivision the lesser the cost per homeowner. The construction work on the subject four SADs was completed in 2017 and the assessments were billed on the homeowner’s winter tax bills. Clinton reported that on all of the 2015 funding projects Wayne County contributed 32.6 percent and the homeowners 67.4 percent. He said the remainder of the funds was used for crack sealing on past SAD projects.

Of the four subdivisions that approved SADs, approximately 50 percent of the homeowners paid the assessments up-front rather than the offered 10-year payment plan.

Tsakoff said he thought the roads “generally look in pretty good condition for their age,” but because they are past their full life span “would have to be a full replacement.”

Tsakoff said one concern was whether OHM could find a developer who would want to take on a project with the number of roads and the size of Lake Pointe. With more than 800 homes and 2,268 residents, Lake Pointe is the largest subdivision in the township. Fellrath said if the project comes to fruition, it could be the largest SAD road paving in the history of the township. 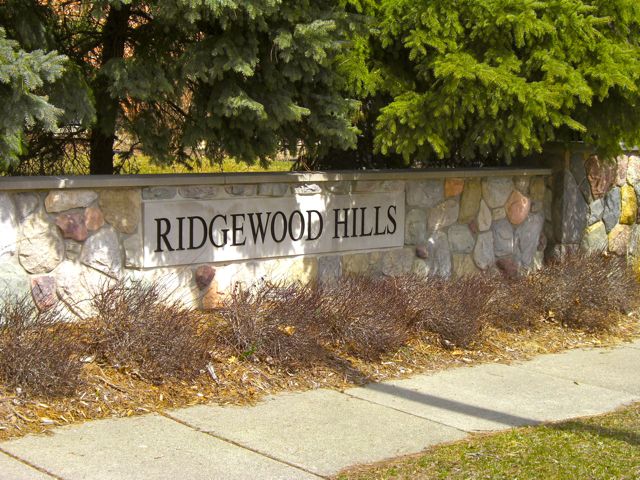