Some earnest citizens are up in arms over Wayne County’s plan to sell three historic mill properties in Hines Park. The County seeks the mills’ historic restoration; the citizens seek to safeguard the park.

Selling off park land might seem short-sighted, for once in private hands it is not likely again to be publicly owned. When that land is home to a historic structure, one sorely dilapidated and forlorn, the issue becomes more complex.

One of the historic properties up for sale is the 3.5-acre Wilcox Mill site located on the border of the city of Plymouth and Plymouth Township. Wayne County is seeking a partner not to raze but to restore Wilcox Mill before it is lost forever. Restoration will require significant investment, especially to comply with national rehabilitation standards. Adaptive reuse is a proven strategy to repurpose heritage structures rather than tearing down and replacement. Saving the Mill for public patronage is what the County seeks.

The circa 1850 Hardenburg Grist Mill once stood here. On its foundation, Henry Ford in 1923 built the Albert Kahn-designed village auto industry structure that still remains. Then came World War II.The facility employed 60 workers who made B-24 “Liberator” aircraft engine parts. Assembled at the Willow Run plant, one bomber rolled off the line every sixty-three minutes, 24/7. American air supremacy proved vital to winning the war.

Today, this historic building is not venerated as a landmark of liberty – it is in disgraceful condition. Instead of helping power the economy of the Plymouth community, the factory stands vacant, inaccessible, deteriorating.

There is only one Wilcox Mill. It was worthy to be listed on the Michigan Register of Historic Sites. It is a piece of history important enough to be added to the MotorCities National Heritage Area. A commemorative sign once informed the curious of its significance, but lack of care has left it missing. “You Auto Care,” the sign said. 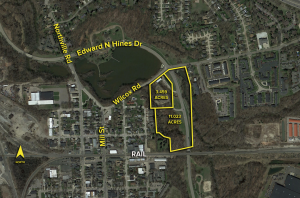 Selling off a green field would neither maintain nor increase the size of Hines Park. Selling what amounts to a 4-acre brownfield site to have it rehabilitated is a different matter.

We Americans are the people to whom the past is forever speaking. We are part of that future for which our forebears labored and sacrificed. Are today’s generations drawn to rescue the landmarks of our history, as were our forebears, and to pass them on to the future as good or better than we received them?

We brag here in Southeast Michigan over our vital role in building the Arsenal of Democracy so that despotism, tyranny, and genocide would not triumph. But, really, why save vestiges of that Arsenal when our victory in the world war that claimed over sixty million lives ended before almost any of us were born? 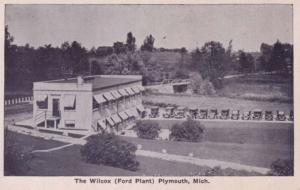 Because we are Americans. We are the people who have fought for two hundred forty-three years to ensure certain truths about rights to life, liberty, and the pursuit of happiness do not perish from the earth. We, the people, have labored throughout this storied past to secure these blessings not just to the current generation but to posterity.

For me, there is only one answer faithful to the legacy of our predecessors. We must save our past. Without it, we will be no more than an ignorant and ungrateful lot.

Jack Dempsey is an avid historian, two-term President of the Michigan Historical Commission and award-winning author. His writing focuses on the Civil War, the history of Michigan, and cultural heritage.

His book presentations have been featured at The Henry Ford, the Historical Society of Michigan, the Kerrytown Book Fest, historical museums, public libraries, Civil War Round Tables, in schools, and on public television and radio.

Dempsey has a Bachelor of Arts degree in political science from Michigan State University and a law degree from George Washington University. His legal career includes service as a Law Review editor, Assistant Attorney General, and corporate general counsel, as well as designations as a Best Lawyer in America, and a Super Lawyer®.  Dempsey, who was elected to the Township Board of Trustees in 2016, is also a partner in the Ann Arbor law office of Dickinson Wright.  He and wife Suzzanne reside in Plymouth Township. 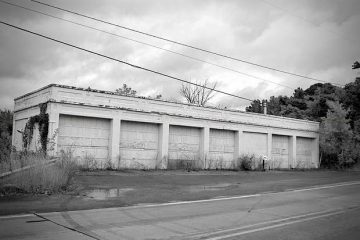 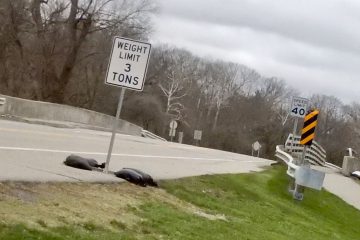