“In my own district, the City of Plymouth has been especially plagued with power outages, even after steps to address the issue…”

In what is likely a final statement before he leaves office at the end of the year, State Sen. Patrick Colbeck, R-Canton, District 7, focused attention Tuesday to a recent report by the Michigan Auditor General that the senator said showed the ways the state’s monopoly utilities and state oversight agencies need to improve their customer service for ratepayers.

“Michigan utilities have a historical legal duty to provide power to customers, known as their ‘obligation to serve,’ and it is even more important that the state provide proper oversight of these utilities because of the virtual residential monopoly market they enjoy,” said Colbeck.

“Unfortunately, this report highlights that the utilities were late in responding to customer complaints 40 percent of the time, which would simply not be acceptable in the private sector. Because the MPSC is not penalizing the utilities for this tardiness, and because they enjoy a monopoly, there is little incentive for the utilities to improve in this area on their own.”

The Michigan Public Service Commission (MPSC) and Michigan Agency for Energy (MAE) are responsible for overseeing the state’s utilities based on the data contained in required quarterly reports filed by the utilities. The auditor general report highlights that the utility reporting requirements have remained relatively unchanged since 1974, and that the MAE is not required to review, validate or audit the reports for completeness or accuracy.

The audit also noted that the reports include minimal information regarding the location, frequency and duration of power outages, and that the utilities did not include reasons why customers were issued shut-off notices despite this being required under the Michigan Administrative Code.

“There are many reasons why we need proper oversight of our utilities, but the ability to receive and keep service is number one at the top of the list, by far,” Colbeck said. “In my own district, the city of Plymouth has been especially plagued with power outages, even after steps to address the issue were supposed to have been taken care of. These reports need to better highlight deficient geographic areas in a transparent way that the public can see and react to.

Colbeck highlighted the reporting problem earlier and has introduced legislation in an attempt to force the issue and make change. The senator noted one of the measures would increase the fine amounts on penalties, which have not increased in 99 years.

Colbeck was unable to run for re-election to the in 2018 because of term limits. Colbeck was a Republican candidate for Governor of Michigan and lost the primary on Aug. 7, 2018. 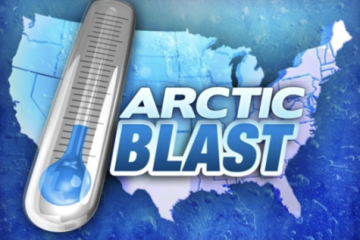