Philanthropist, businesswoman and respected resident Margaret Dunning died on Sunday while visiting Santa Barbara, California after suffering injuries in an accidental fall. She was 104.

Dunning who lived on Penniman Ave for nearly nine decades was involved in many community projects in Plymouth.

She was a celebrity of sorts within the antique car show circuit, where she drove up until this year with her beloved 1930 Packard Straight Eight 740 convertible. 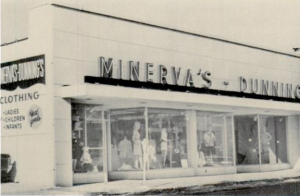 Funeral services by Schrader-Howell Funeral Home in Plymouth are incomplete.