Many residents of Plymouth, Canton and Plymouth Township experienced first hand this week that phone-in registration for vaccine appointments are disconcerting, if not impossible.

A widely advertised Wayne County Health Department free vaccine clinic set for people 65 and older – in eight communities – overwhelmed Canton Township phone lines with over 1-million calls in the first three and one half hours hours after opening. The township, set up the call center for the three connected communities after finding out there was 1,000 doses available to distribute on Feb. 25 and 26. An on-line application form was also placed on the township’s website. There were 500 doses set for each of the two days.

Canton Township Supervisor, Anne Marie Graham Hudak said that by 10:15 a.m. Monday, 15 minutes after the phone lines were open, approximately 255,000 calls had been made to the township office. The greatest number of calls was from seniors who didn’t have access to a computer, Hudak added.

By Tuesday morning Canton Township officials announced they were no longer receiving calls to schedule appointments as all appointment slots have been filled.

Bridge Michigan reports more than 4 million doses of the COVID-19 vaccine may be available for state’s population over the next five weeks – if three pharmaceutical companies hit their targets to boost production, as per their congressional testimony last Tuesday. According to their stats, Michigan has received 2.3 million doses or 3.1 percent of the current U.S. distribution over the past 10 weeks.

Residents of Plymouth, Canton and Plymouth Township can still registers on-line at: 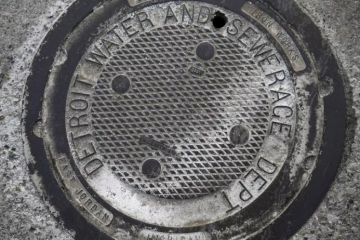 Change in sewer service to save township $3 million