Northville City Manager Patrick Sullivan recommended to the city council that the city not appeal the decision issued Allen, who ruled in favor of the school district.

The city sued the school district last year in an effort to force Northville Public Schools to apply to the Historic District Commission prior to the planned demolition of the Main Street School building.

In the legal filings, the city claimed that the commission has jurisdiction under state law and that all building owners in the Historic District are required to follow the same process.

He advised the council that appealing the court decision would take additional time and resources for both the city and the school district.

“When balancing this factor, along with the probability of a successful appeal, the potential for an additional appeal beyond that, and what is in the best interest of the community as a whole, I do not believe that the city should pursue an appeal,” he told the members of the council last week.

The judge entered his order allowing the sale and demolition Jan. 14 agreeing with the Northville Public Schools position that the building and land were not subject to the city Historic District Preservation ordinance and did not need approval from the Historic District Commission to sell the land to the developer.

The judge did agree to a 21-day stay of the order to allow the city to appeal the decision.

In a written statement regarding the decision, Superintendent of Schools Mary Kay Gallagher noted that the school district has been consistent in messaging that maintaining both the Old Village and Main Street facilities, “is cost prohibitive, not feasible or fiscally responsible. At the same time, the feedback from our community has been overwhelmingly in favor of restoring the historic Old Village School, which had been vacant since 2012, over the Main Street facility.

According to Gallagher, the school district has worked diligently to restore and repurpose Old Village School, which opened in October 2018, while also engaging in an exhaustive and transparent decision-making process to arrive at an out- come for the Main Street property “that has been widely embraced by our community,” she said in the prepared statement.

In August 2018, members of the board of education approved a resolution to negotiate a purchase agreement with a developer for up to four single-family homes to be built on five lots on the Main Street property.

The developer will donate a green space buffer between Old Village School and the property line for a pocket park on school district property.

“The decision reached by the Northville Board of Education-following months of study, a transparent decision-making process, and multiple opportunities for public input-represents a win-win outcome for the school district and the community, given the level of support by the community for single-family homes at the Main Street site, along with the overwhelming support for the renovation of the historic Old Village School,” Gallagher said in the prepared statement. 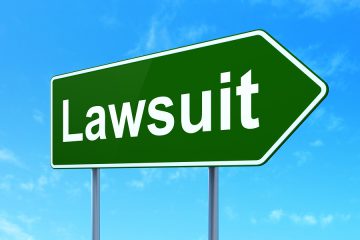