Newspapers have played a vital role in building our great community.

As we wrap up another year we watch journalist continually lose their jobs amid the local news crisis spreading across the country. With the shift to digital media the proliferation of growing and fraudulent news is spreading. We see newspapers, magazines, TV and radio stations relentlessly being swallowed up by big media conglomerates and hedge funds. It’s 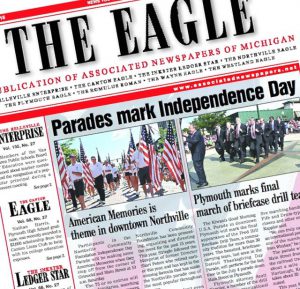 According to a recent report by Pen America three powerful and informative case studies written by journalists based in Michigan, Colorado and North Carolina illustrate the impact of struggling local news ecosystems on communities.

The Pen America report, “Losing the News-the Declaration of Local Journalism and the Search for Solutions,” states newspapers have been hit the hardest; losing over $35 billion in ad revenue and 47 percent of newsroom staff over the past 15 years with over 1800 newspapers closing since 2004, leaving no newspaper at all.  The report says more than a thousand have become “ghost newspapers” with little or no original reporting.

The report asserts, “With the loss of local news, citizens are, less likely to vote, less politically informed, and less likely to run for office. With the shift to digital, the business model for for-profit local journalism has collapsed, as circulation patterns have been upended and tech giants, notably the digital duopoly of Google and Facebook, have siphoned the majority of advertising revenue for content paid for and produced by news outlets.”

We feel the residents and citizens of Plymouth, Canton and Northville, as thriving communities in southeast Michigan, need to take a step back and appreciate the fact we still have a vibrant local newspaper, The Eagle. It is the only real local newspaper in our area not under the control of a major news corporation. The publication, with proud roots going back to the first issue of The Belleville Enterprise in 1886, is an anomaly in this rapidly changing period of social media.

With the existential threat facing local watchdog journalism, it’s more important now than ever before to help, appreciate and support our local newspaper, The Eagle, by subscribing, advertising, donating, and speaking to our elected officials about the importance of protecting our American heritage.