In addition to preparing lesson plans and grading papers, some teachers in the Plymouth Canton Community Schools are now cleaning their classrooms before students arrive.

Members of the Plymouth Canton board of education expressed their dissatisfaction with that situation and the performance of current janitorial provider, ABM Industry Group. Currently, board members said, there is an unsatisfactory level of cleanliness in the 15 elementary, five middle and four high schools in the district. Six schools had not been formally inspected by ABM employees during the first quarter, a statistic board members said was unacceptable.

Board members expressed their dissatisfaction and told ABM Account Manager Melissa Mascarello that while they understood the impact of staffing problems caused by the pandemic, current services were not as agreed or within the staffing limits expected when the contract was awarded to ABM in July of 2021.

The failure to formally inspect the schools was especially problematic for board Treasurer Patrick Kehoe.

“That’s a big miss on your part,” Kehoe told Mascarello. “We expect better. I do not want to be sitting here during your second quarter presentation hearing about the same issues.”

ABM janitorial staffing is at about 60 percent of the anticipated 104 cleaners assigned to Plymouth Canton schools, according to Kehoe. He said that rather than the 104 personnel, there were only 70 as of Jan. 11.

Mascarello explained the firm is attempting to hire employees and offering $1,000 signing bonuses, $500 referral bonuses and $150 monthly attendance bonuses in an effort to increase staffing. She said that hourly wages for custodians are $16.15, an increase from the $14.21 per hour previously paid.

She said that ABM had a turnover rate of only 18 percent, or 13 employees during the past seven months, far less than the general 40 percent rate.

“Once we hire more people, it will relieve some stress on employees we have, Mascarello told the board members.

She said the company currently has 16 potential employees in the final stages of the hiring process which should help to alleviate the current problems. 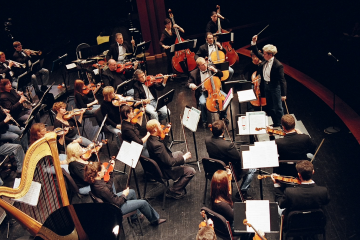