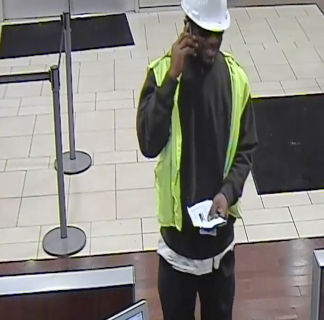 Canton Police are searching for a man that entered the Chase Bank at 45220 Michigan Ave. on Wednesday, Nov. 26th at approximately 5:50 p.m. and passed a note to the teller demanding cash.

Officers who responded and were on the scene moments later have released detailed photos of the man dressed as a construction worker-wearing a hard hat and highway vest, and are asking for public assistance from anyone who visited the bank or was in the area at that time who may have seen the suspect or have information to contact the Canton Police Department at 734-394-5400.