Rivian, the electric vehicle company in Plymouth, has received an order for 100,000 electric delivery vans from Amazon.

Amazon CEO Jeff Bezos announced the order during an event last week in Washington, D.C. when Bezos also unveiled a plan to tackle climate change. Bezos said he expects the 100,000 Rivian vans to be on the road by 2024, according to USA Today. The first vans will hit the road in 2021, Bezos said, with prototypes possibly arriving as soon as 2020.

Rivian is a relatively new name in the electric vehicle industry, having debuted a pick-up truck and SUV at the end of November last year. The company was originally founded to manufacture a vehicle to compete with the Tesla, Rivian CEO RJ Scaringe eventually pivoted the company toward a more action-adventure customer segment.

The main push of Rivian this year has been a massive fundraising effort, with the company securing investments from a host of major players, Amazon included. Bezos’ company led a $700 million funding round last February, but it did not disclose the exact amount it was contributing. In April, Ford announced a $500 million investment in Rivian that the companies said would result in a new electric vehicle to be sold by the auto giant. Most recently, Rivian landed a $350 million investment from Cox Automotive, a big name in the retail and logistics space.

Rivian has revealed two vehicles to date, the R1T pickup and the R1S SUV. Built on the same technological platform, Rivian claims its vehicles – which will start at around $70,000 – will be able to travel up to 400 miles on a single charge, hit 60 miles per hour in under three seconds, and eventually be able to drive themselves in some capacity.

Bezos’ announcement reveals a third vehicle in the Rivian line-up: a delivery van. It suggests the startup will also be looking into commercial vehicles. 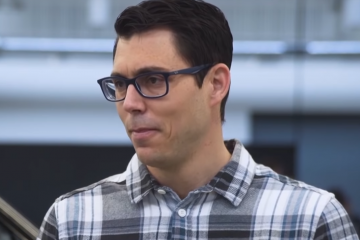