Census not over – continues through end of month

Associated Press reports a federal judge ordered in a new ruling that the Census Bureau text every 2020 census worker, letting them know the head count of every U.S. resident is continuing through the end of the month and not ending next week, as the agency previously had announced and violation of her court order.

The order issued late Thursday by the U.S. District Judge Lucy Koh in San Jose Calif., instructs the Census Bureau to send out a mass text saying an Oct. 5 target date for finishing the nation’s head count isn’t in effect and that people can still answer the questionnaire and census takers can still knock on doors through Oct. 31.

Judge Joh wrote in Thursday’s decision that the Census Bureau and Commerce Department, which oversees the agency, had violated her injunction “in several ways.” She threatened them with sanctions or contempt proceeding if they violated the injunction again.

Federal government lawyers argued the agencies had been complying with the injunction. 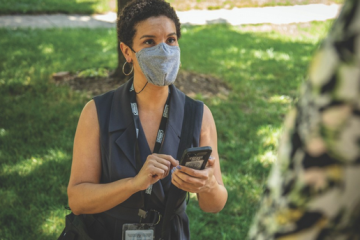 Census not over – continues through end of month