We don’t make this stuff up… 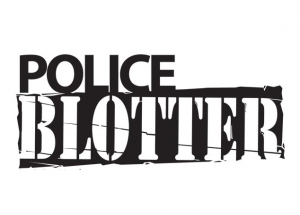 A police officer reported he took a counterfeit $20 bill from the manager of Taco Bell to the CVS Drug store on Ann Arbor Road because they had a purple light tool to confirm the bill was counterfeit. April 4, 2014.

Resident stated that around 5 p.m. he noticed the door to his shed was open further than usual and reported his red Sears leaf blower was missing. He said the shed was not locked the last time he checked it, two weeks ago. March 2, 2014.

Woman on Cobblestone Circle contacted the police to report that her damaged wooden mailbox was lying next to the mailbox post. She said a neighbor heard a crash about 2:30 a.m. and saw two men driving away. The officer asked the neighbor if she had a license plate number.

Victim on Powel Ridge Court said sometime between 1:30 and 2:00 a.m. an unknown person stole her Tom-Tom GPS from her unlocked Jeep parked in her driveway. She said she knew this because he dogs were barking. Officers saw footprints in the snow around her car. March 26, 2014.

Resident on Redbud Avenue complained someone stole her olive green Even-Flow booster chair she left it on the trunk of her vehicle parked in the garage after she left the garage door open. March 25, 2014.

Officers responding to a theft-in-progress at a Five Mile golf store stopped and arrested a 71-year-old female coming out the door with her purse filled with 14 pieces of silver jewelry. The woman apologized and asked not to be taken to jail and offered to give the jewelry back. At her arraignment she pled not guilty. Store employees say the same woman took the same jewelry two weeks ago and walked away. April 2, 2014.

Resident said she discovered two Comerica Visa cards missing from the center console of her vehicle. Police found other console contents lying on the seat along with her checkbook and car keys. April 4, 2014.

Man who lives on Glasgow Court complained that sometime between 10:00 p.m. and 6:00 a.m. an unknown person entered his unlocked Ford Escape and stole miscellaneous change from his cup holder. The victim who called the Police said his son also drives the vehicle and later called back to say his son didn’t know anything about it. March. 24, 2014

Resident said she left her purse in the back seat of her unlocked car at 8:45 pm and parked the vehicle in her driveway. Officers checked the Jeep for evidence and found no evidence to collect. March 26, 2014.

Girls' Night Out in Northville

We don’t make this stuff up…