After a 28-year career with the Canton Public Safety Department, Police Lt. Patrick Sullivan has retired.

Sullivan began his law enforcement career with the department in 1991 as a patrolman. He was promoted to the rank of sergeant in 2007 and lieutenant in 2013. While working as a road patrol officer, Sullivan held several special assignments including Field Training Officer, Evidence Technician, Range Instructor and Narcotics Investigator. He was also active member of the department Accident Investigation Team for 18 years, serving the last 10 years as team leader.

While a sergeant, Sullivan supervised officers on his patrol shift; he also worked an assignment as the Special Services Sergeant and the CALEA Accreditation Manager. In his most recent role as patrol lieutenant he was a shift commander responsible for the operations, training, and development of his respective road patrol shift consisting of two sergeants, 14 patrol officers and four Public Safety Service Officers.

Sullivan has been recognized on numerous occasions by citizens and organizations for his thorough and detailed investigations. Most notably, Sullivan’s work on the Accident Investigation Team has brought peace and closure to many individuals and families who have been victims of traumatic vehicle crashes, according to an official statement from the department.

“Throughout his career, Sullivan has been a leader who has strived to make the department and its officers the best they can be. He has been a professional law enforcement officer who has demonstrated passion and enjoyment with every position and assignment he has held in the department,” the official statement concluded.

“Lt. Pat Sullivan has brought a unique combination of knowledge, strength, commitment and humor to the police department,” said Public Safety Director Joshua Meier. “Pat’s dedication to the organization and the residents he has so proudly served will be notably missed,” Meier added 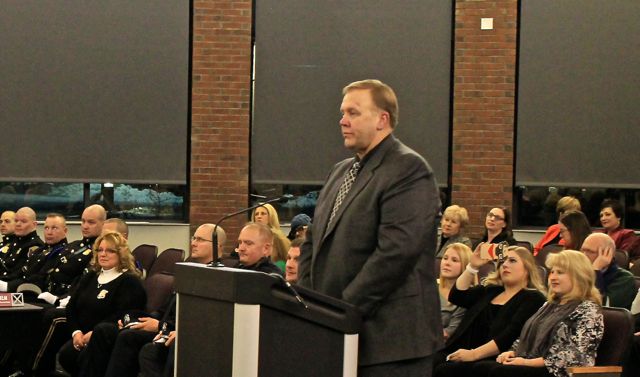